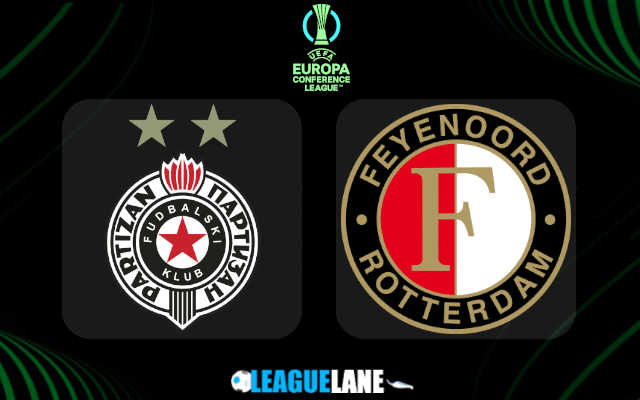 Partizan have managed to record a 3-1 aggregate win over Sparta Prague in the previous Knockout stage. Following that, they will enter their next sudden death Conference League fixture at Stadion Partizana on Thursday evening against Feyenoord.

Partizan is seen having good form in the Conference League match-ups. They have been recording some positive displays of late. Apart from that, they sits top in the Super Liga table with the possession of the best attacking and defensive lineups in the league.

Their past 10 matches across all competitions have 9 wins and one defeat In recordings. Following the above, they will be motivated enough to be competitive in this fixture.

Feyenoord, meanwhile, advanced it into the knockouts after managing to stay unbeaten in the group stage. They were the toppers of Group E and possess a strong attacking and defensive lineup.

They sits third on the Eredivisie table and have managed to record enough of positive displays so far. They have a good form in the league and will be hoping to seal a win to qualify further in the Conference League.

The quality between both these teams would be a concern. Feyenoord from Eredivisie and Partizan from Super Liga will have their own differences. On top of that, they are yet lock horns and we can only expect a positive display on the basis of the form in their respective leagues.

Partizan are unbeaten at home since many games. Most of them includes their league fixtures. However, they won,drew and lost one each of their past three Conference League fixture here. They have leaked goals in each of those.

By the looks of things, we expect a positive display from Feyenoord. Both these outfits have a defence which leaked goals of late. Therefore, expect goals in plenty here.