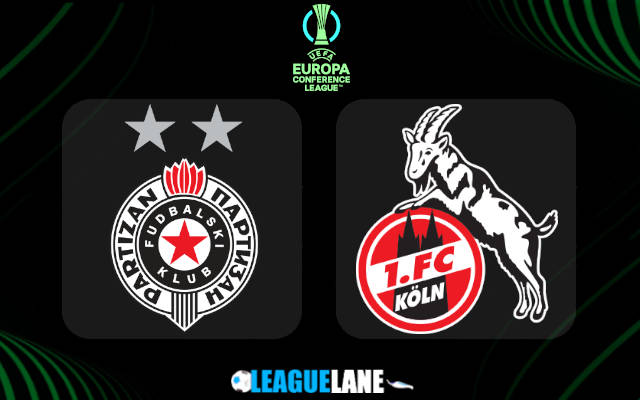 Partizan made a huge upset by beating FC Koln 0-1 on the road seven days ago. The Serbian outfit offered their best European showing in a while to record their maiden win in this term of UEFA Europa Conference League and jump straight at the top of Group D standings.

FC Koln’s defeat made things super exciting in this group as we now have Partizan and Nice sharing the top of the ladder with five points apiece.

FC Koln are now third with four points, while the rock-bottomed Slovacko do not have much to hope for against these rivals.

The question is whether Partizan can repeat the last week’s performance and stun the Germans once again this Thursday in front of the home crowd and in an electrifying atmosphere in Belgrade?

The momentum is definitely on their side. Partizan celebrated their fifth consecutive domestic league win on Sunday evening, easing past Vozdovac 0-4 on the road. They have found an amazing spell of form these days under new manager Gordan Petric.

The story is completely different with FC Koln who suffered a tough 5-2 defeat to Borussia Monchengladbach on Sunday afternoon.

FC Koln dropped to ninth place in the Bundesliga standings as a consequence. Can Steffen Baumgart find a way to lift his troops ahead of an important away fixture in Europe?

Partizan made an upset seven days ago and we are going to back them to repeat it on Thursday night based on everything we have seen from these two teams at the weekend.

The home win is well worth backing at the 3.60 odds. We do expect a tight affair, though, meaning Partizan to win & Under 2.5 goals FT bet looks great at the 8.50 odds. Alternatively, you can back draw at the half time and Partizan’s win at the end at the 7.50 odds.