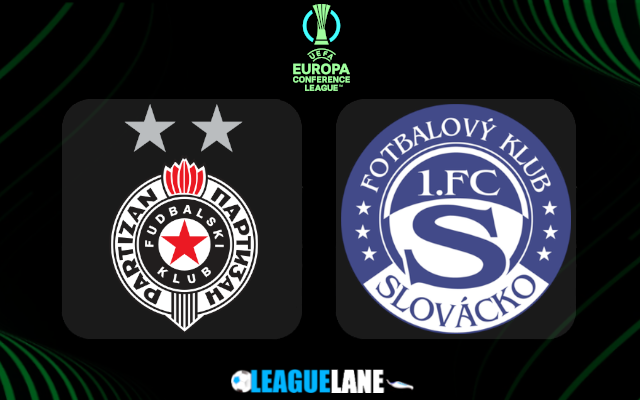 Both Partizan Belgrade vs Slovacko are the top performing outfits for the past several years of their respective domestic league competitions. These two will be primed to go after another high-scoring thriller this Thursday at Stadion Partizana.

Partizan had delivered a tight competition to the Serbian title holders Crvena Zvezda throughout the past season, Disregarding the toppers, Partizan were in the possession of the best defensive steel that season.

Partizan are level on points with French club Nice, the current table topper of Group D. if they get a win in the next game, they might be able to clinch the top spot.

Meanwhile, Slovacko have been struggling to find form for quite some time now and they are also letting goals in numbers. In addition, they were winless in two of the past three overall fixtures.

Going on, Slovacko are currently at the bottom of the group. Their 3-3 draw with Partizan in the reverse fixture is arguably their best display of this season.

Just like the reverse fixture, there are many reasons to expect a high-scoring affair here as well. The first of which is the defenses of both. So Over 2.5 Goals FT and Both Teams to Score is a must bet in this game.

The Black-Whites head into this fixture with hopes of winning the first spot.they have all the spirits to claim a win. One of the main reasons for that is their home form.

Their last home defeat was in March. When they are in such a form, it will not be too difficult for them to claim a win. If that too is against the bottom spot in their group, the chances of sealing a three pointer will be high.