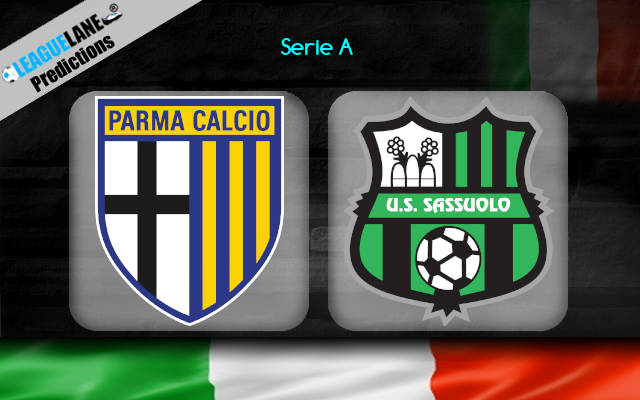 Sassuolo will have a great opportunity to bounce back right away after the home loss to Juventus in mid-week. They travel to Stadio Ennio Tardini to battle the rock-bottomed and already-relegated Parma side on Sunday afternoon.

Sassuolo are chasing the 7th-place finish and a spot in the UEFA Conference League next season despite falling 1-3 to Juventus in mid-week’s tie in Reggio nell’Emilia.

They are just two points shy of Roma who also suffered another defeat on Wednesday, this time to Inter.

Sassuolo have generally been one of the most in-form teams in the division in the last couple of months. They won five and drew one of the last six league affairs before the aforementioned defeat to Juventus.

The match against Juve could have gone the other way for Sassuolo whose Domenico Berardi missed a penalty in the early stages of the clash.

Berardi, Hamed Traore, Jeremie Boga, Gregoire Defrel, and Giacomo Raspadori should all have much more space to deliver this Sunday against Parma who have been the worst team in the league this season.

Parma officially dropped to the very foot of the standings after suffering the 7th consecutive league defeat to Lazio on Wednesday evening at Stadio Olimpico.

I Crociat won just 3 of 36 league outings this term. They have nothing but pride to play for here and the away win looks like the only realistic scenario on Sunday.

Everything but the head to head record suggests a pleasant afternoon for the visitors here. Sassuolo will travel to Stadio Ennio Tardini on the back of three subsequent victories on the road.

They have dispatched Benevento, Milan, and Spezia along the way. The fourth win on the bounce just needs to come given Parma’s dreadful thread of seven straight defeats in the competition. We will also back Sassuolo’s top scorer Berardi to score anytime here at the 2.00 odds.