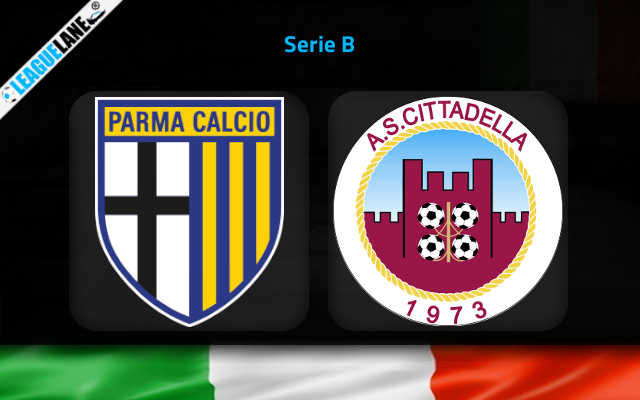 Parma will be looking to extend the four-game unbeaten streak on Friday evening when they play host to promotional hopefuls Cittadella in the first game of Matchday No 29 in Serie B.

Although there are just three places between the two teams, Cittadella are in a much better position as they still have hopes of catching one of the top-eight spots to enter the playoffs in post-season.

The visitors are 10th at the moment, sitting only one point below 8th-placed Ascoli. At the same time, they are eight points above 13th-placed Parma ahead of the Friday’s game.

Nevertheless, it is worth noting that the hosts will enter the tie in higher spirits. Parma have conceded only two goals in the last four outings.

A 1-1 draw at home to Reggina was a disappointing result last Saturday, though, especially since Parma had an early lead and dominated the happenings on the pitch on the occasion.

Cittadella fell 1-2 at home to nine-man Monza last weekend, significantly halting the playoffs push with such a result.

However, it is important to say that the visitors are unbeaten in ten subsequent Serie B outings on the road.

Cittadella have been very tough to break down on travels lately as they shipped just one goal in the last four away matches in the league. They drew in four of the last six Serie A games on the road.

Since Parma also drew in three of the last four Serie B affairs, we see the stalemate as the most likable of the three outcomes here. You can back it at the odds of 3.30. The Under 2.5 goals FT pick is also worth backing at the 1.75 odds.