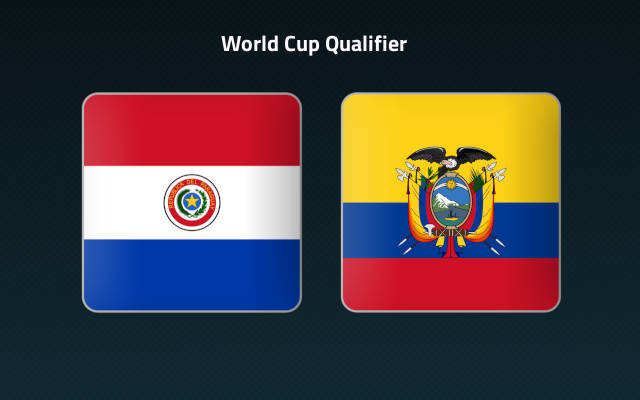 Ecuador have a great chance to book their ticket for the World Cup 2022 in Qatar with a victory over already-eliminated Paraguay in the penultimate Gameweek of South American WC Qualifications on Thursday evening in Ciudad del Este.

The Ecuadorians are third at the moment, sitting three points ahead of fourth-placed Uruguay and four points above Peru in fifth.

Ecuador have been fantastic of late and will go into this tie unbeaten in five straight qualifiers. The run is even more impressive as it includes a goalless draw at Colombia, a 0-2 win at Chile, and a 1-1 draw to Brazil.

Head coach Gustavo Alfaro can be pleased with the defensive performances his men have shown in the recent outings.

Ecuador have thus conceded only two goals in the last five qualification affairs despite a rather tricky schedule in the process.

We fancy their chances of keeping things quiet at the back here against Paraguay who own the worst attacking record in the entire competition with only 9 goals scored in 16 games so far.

Paraguay have been in a completely opposite rhythm of late as they took just one point in the previous six World Cup qualifiers.

They are second from bottom in the South American standings and have lost all hopes of making it to Qatar a while ago.

Paraguay have huge problems with the lack of efficiency in the final third after failing to find the back of the net in seven subsequent qualifiers.

Ecuador have allowed just two goals in the last five qualifiers, while Paraguay did not score at all in seven subsequent WC Qualification affairs.

We will back the visitors to win at the 2.30 odds, while you can also take the 2.50 for Ecuador to keep a clean sheet on Thursday.