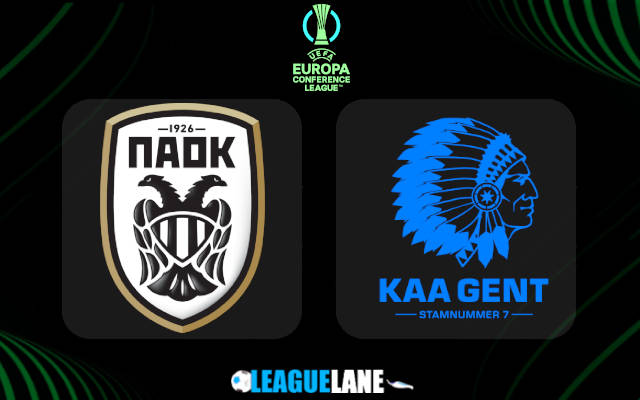 PAOK and Gent will meet at the Toumba Stadium in Thessaloniki this Thursday, in the Round of 16 the inaugural UEFA Europa Conference League.

PAOK had to compete in the knockout round playoffs after they finished second in Group F of this tournament last year. Where they suffered a goal deficit in the away and opening leg; however, they came back in the home with a 2-1 win and took the tie to penalties, to progress to this round.

Domestically, the team is currently in the midst of a fourteen games undefeated run but they are likely to end up runners up in the league and miss out on their 3rd consecutive league title as they trail league leaders Olympiakos by twelve points and with just ten matches remaining in the season.

Thanks to dominating performances in the group stages, Gent managed to finish top of Group B of this tournament. The club finished the group stages five points clear of 2nd place team Anorthosis, with four wins, a draw and a loss.

Domestically, the club is in the midst of a five match winning streak, which has seen them rise to a position that sees them challenging for a spot in the Championship round.

Following a 7th place finish last season, they are currently sitting 5th in the league. Three points behind a spot in the top four, with four games left to play.

These teams are set to lock horns for the first time in a competitive fixture.

While all six of the visitors’ group stage matches involved less than three goals; eight of twelve matches of the hosts (including qualifiers) in this tournament have witnessed a similar goal line. Therefore, do not expect a high scoring contest.

The hosts have scored in the first half in all of their matches in this tournament where they had got on the score sheet. Their opponents meanwhile have done so just once in the group stages. Considering this observation, expect PAOK to lead at half time.