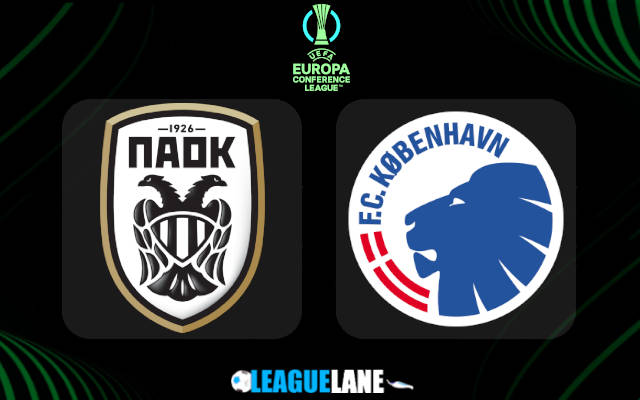 PAOK and FC Copenhagen are looking like the 2 teams that would qualify from their group in the Conference League to the knockout rounds.

With very little to separate the teams in the table, this match should be crucial to determine the team that proceeds to the final 16 of the tournament. Read our preview and predictions with the best tips here.

The Black-Whites have not been in their best of forms in the Greek Super League and are currently third in the table with 16 points, 8 games into the season.

They dominated proceedings in their preceding fixture in the league and registered a 4-1 win over Apollon Smirnis at home.

The Lions have struggled recently and in their last match, they put an end to their 4 match winless streak with a 3-0 win over relegation bound Vejle at home.

14 games into the Danish Superliga they are in the second position in the table 6 points behind Midtjylland.

The Greek club has been in much better form and has been brilliant at home. Having won the away game earlier we expect them to complete the double over this foe.

The visitors in their current form are not expected to win the fixture. However, expect them to score goals in the second half of the match.

Tips for PAOK vs FC Copenhagen