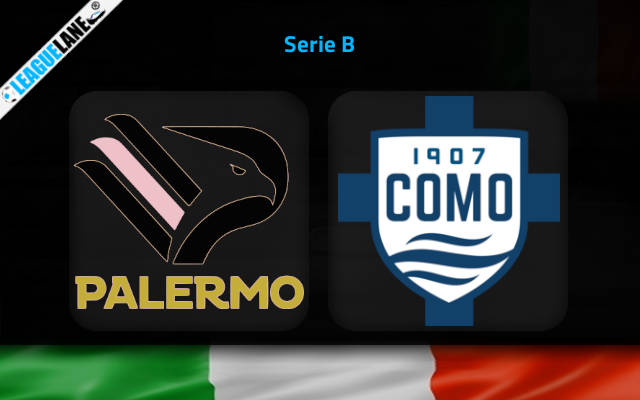 Palermo vs Como Predictions and Free Tips from our expert tipsters when the teams go head-to-head in Serie B on Thursday, 8 December 2022.

Palermo are back on track as they defeated Benevento thus ending their two-game losing streak. Looking at the bottom half of the table, they have the best winning record.

Meanwhile, Como played a very good game against Ascoli. However, they had to settle for a point in that 3-3 thriller. They are just three points above the bottom of the table.

The last time this fixture was held was back in 2004. The host are unbeaten in their last three home matches against this team.

Moreover, they are on a two-game winning streak. Como have only celebrated one victory in their last six meetings. They are yet to win an away fixture this season.

Who will win the match between Palermo and Como?

Palermo will most likely take all three points from this fixture. They defeated Parma earlier this month who are one of the best teams in the league this season.

Do note that the visiting team have lost 40% of their outings. They are currently at the nineteenth position on the table.

We can expect the goals to be over 2.5 goals. At Stadio Renzo Barbera, at least three goals have been scored on two of the last three occasions.

Not to mention that the visitors scored three goals past Ascoli recently.

Both teams will most likely score. This is after considering that Como have scored in their last two away games. Also, the host scored against Benevento most recently.

The first tip is that Matteo Brunori to score anytime – at 2.40 odd. He is in good goal-scoring form as he scored three goals in his last three appearances.

Our second tip is that over 2.5 goals with both teams to score – at 2.25. We can back this tip as these two teams have scored a combined total of three goals in their last meeting.