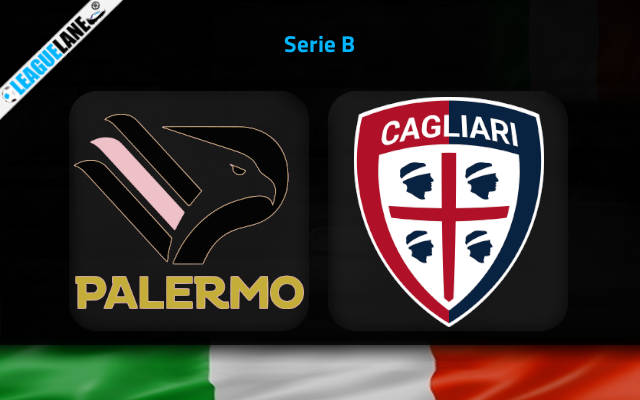 Palermo vs Cagliari Predictions and Free Tips from our expert tipsters when the teams go head-to-head in Serie B on Sunday, 18 December 2022.

Cagliari supporters are very excited as their team celebrated an important against Perugia recently. This win finally ended their seven-game winless run since October.

At the same time, Palermo had to settle for a draw when they played against SPAL. They are presently at the fourteenth spot on the table.

Both teams will be meeting after a period of four years. The visitors have a good record against Palermo as they are unbeaten in the last four head-to-head meetings.

The last time the host won at their home ground against this team was over seven years ago.

Who will win the match between Palermo and Cagliari?

Cagliari will most likely win this fixture. The two main reasons are that they have a strong winning record against Palermo since 2016. Also, they are unbeaten in four of their last five outings.

On top of that their opponents are on a two-game winless run.

The visitors have scored over 1.5 goals in their last three consecutive head-to-head meetings. They also scored two goals against league leaders Frosinone recently.

The visitors have scored a minimum of two goals in their last four victories against Palermo. They will head into this game following their 3-2 win over Perugia. Therefore, you can back the following as our first tip is that Cagliari to score over 1.5 goals – the odd for this tip will be at 2.62 odd.

Furthermore, our second tip is that Both teams to score – the odd for this tip will be at 1.80. Both teams have scored consistently in the last four head-to-head meetings.