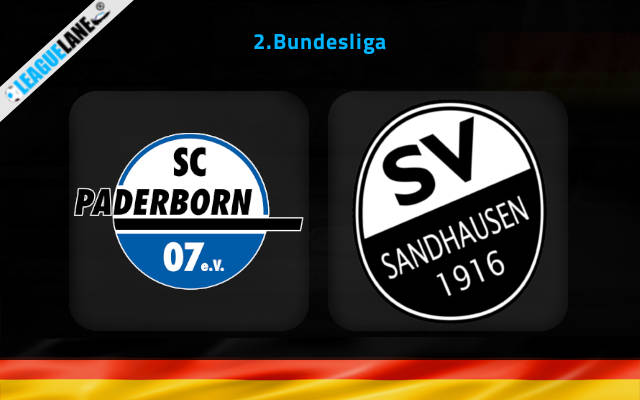 Paderborn host Sandhausen in the low-profile tie in the penultimate round of the 2021/22 2. Bundsliga campaign on Friday afternoon at Benteler-Arena.

The outcome of this game will not affect either promotional or relegation battles whatsoever. However, it will be interesting to see whose run is about to come to an end when these two outfits come across each other.

Paderborn are unbeaten in the last five league games. They have won three and drawn two in the process, keeping their net untouched in each of the last three fixtures. The latest clean sheet came in a goalless draw away at Hansa Rostock seven days ago.

Sandhausen, on the other side, come into this undefeated in eight straight league fixtures on the road.

They did suffer a 1-2 home loss to leaders Schalke 04 in the previous round, conceding a late stoppage-time goal to lose the tie on the occasion.

Nevertheless, the 2-4 win over Nurnberg in the team’s previous away match in the league was enough to secure the second-tier survival for Sandhausen who are seven points above Dynamo Dresden in the relegation playoffs spot.

It will be very interesting to see how Paderborn ‘s stern defensive line will cope with the in-form attacking line of Sandhausen’s here.

Nine of the last ten matches Sandhausen played in the league produced goals at both ends. Will we see the same scenario this time around?

Paderborn drew in four of the last five home outings in the league, while Sandhausen also shared spoils in four of their previous five away matches in the competition.

If we also add that three of the last four H2H clashes between the two opponents ended in stalemates, backing the draw has to be the way to go at the odds of 3.60. You can also try with the Both Teams To Score bet at the 1.53 odds.