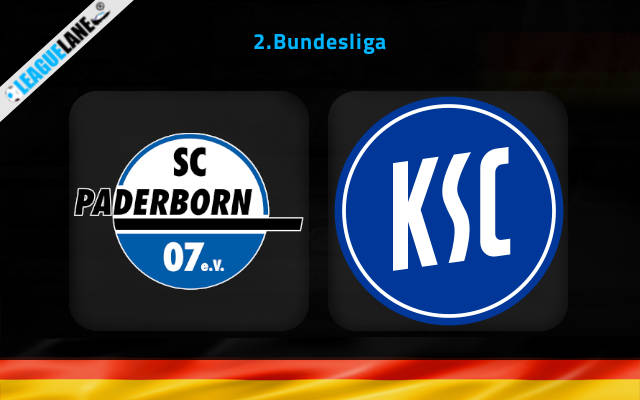 Paderborn are on a long winning streak and they are scoring goals at an absolutely impressive rate. They will be eager to keep this momentum going on, in hopes of securing a top-tier finish at the end of the domestic campaign, which will help them to fight for a ticket to the top flight.

Going on, they have also been on a phenomenal run at home for quite some time now and it also needs to be mentioned that they had secured a top-half finish the last time around, missing out on the podium by a rather small margin of points.

Meanwhile, not only are Karlsruher going through a losing streak but they are also letting in goals in alarming numbers. They are also on a worrying stretch of performances on the road and they had managed to finish just slightly above the relegation cut-off the last season.

Going on, Paderborn also have a good head-to-head record against this opponent over the years and especially so at this venue.

Taking into account these observations expect a victory for them this weekend.

Paderborn are on a four-fixture winning streak and they had scored two or more goals in their last seven games in a row. Moreover, they have lost just once at this venue in the whole of 2022 as well.

On the other hand, Karlsruher are on a four-game losing streak, and worryingly they had let in two or more goals in their last 12 fixtures in a row.

Considering these observations as well as the head-to-head superiority of Paderborn, expect a win for them this Sunday.

Tips for Paderborn vs Karlsruher