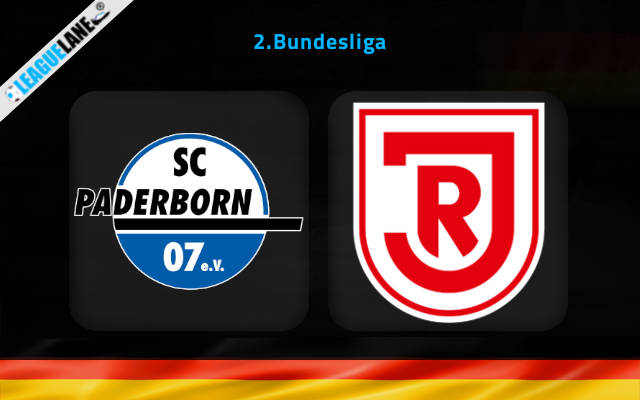 The hosts currently sit in 3rd position in the league table with 17 points on board after 9 league games as they have won thrice and lost twice in their last 5 league games.

Paderborn come into this fixture on the back of a 3-2 win away from home over Dusseldorf in a game which saw Felix Platte score once and Sven Michel score a brace in that game to seal the 3 points for Paderborn.

On the other side of the field, the visitors, Jahn Regensburg currently sit in 2nd position in the league table with 18 points on board, 1 above Paderborn after 9 league games as they have drawn thrice, won once and lost once in their last 5 league games.

Jahn Regensburg come into this fixture on the back of a 2-2 draw at home against Karlsruher in a game which saw Andreas Albers and Benedikt Gimber score 2 quick-fire second half goals.

Taking the above into consideration, we back the odds at 3.60 for the visitors, Jahn Regensburg to win this fixture.

Consequently, we back the odds at 1.44 for both teams to score in this game as they will be eager to win and climb on top of the table for a limited period of time. With both sides going for the win, we should see them be much more precise and clinical in front of goal. Hence, we should see both teams scoring in this fixture.

Tips for Paderborn vs Jahn Regensburg