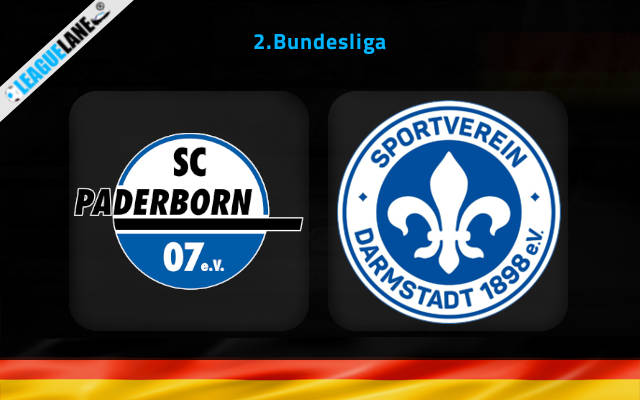 Paderborn and Darmstadt are placed second and third in the table respectively, and so far they have been amongst the best teams in the league. Both squads have ambitions to go after the top-most spot, and will target nothing but a win this Friday at the Home Deluxe Arena.

Paderborn are currently in possession of the second position, and they comfortably have scored the most number of goals of all the teams in the competition. In fact, they found the back of the net seven more times than the second-best offense.

Do also note that they need a surplus of just two points to climb level with the toppers.

Meanwhile, Darmstadt are one of the few teams to have remained unbeaten in the last five fixtures in the league. Do also note that they lost just once in total in the competition, and only two other squads conceded fewer goals than them in the entire tournament.

Going on, goals came in plenty whenever these two teams locked horns in the past, and taking into account all these observations, expect a high-scoring affair this weekend.

Paderborn were unbeaten in eight of their previous nine overall fixtures, and they also registered seven wins in the process.

Moreover, they are on a nine-game winning streak at home at the moment, and they are also on a 16-fixture winless run. Do note that they scored 39 goals from their past 13 appearances here as well.

On the other hand, Darmstadt are on a ten-game unbeaten run, and in the process they went on a five-fixture winning streak. Do also note that they were unbeaten in 17 of their past 19 overall fixtures.

Taking into account these observations, expect a high-scoring affair this Friday at this stadium.

Tips for Paderborn vs Darmstadt