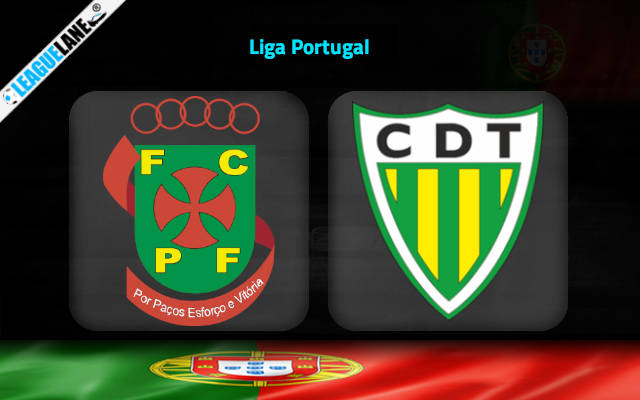 Pacos Ferreira host Tondela in the last game of Matchday No 32 in Portuguese Primeira Liga on Monday evening at Estadio da Capital do Movel.

This is a very interesting matchup between two completely opposite football styles. Pacos Ferreira occupy the eighth place in the league table and can theoretically join the battle for the European competitions in the final three matches of the season.

Tondela, on the other side, sit second from bottom in the ladder and desperately need points to prevent the drop to Segunda Liga football next season.

However, Tondela have scored as many as ten goals more than Pacos Ferreira so far in the campaign. This is how big of a difference in styles between the two outfits is.

Tondela obviously have the worst defensive record in the entire division which is why they are second from bottom after all.

Nonetheless, they are just one point shy of Arouca in the safe zone and level on points with Moreirense who hold the relegation playoffs spot at the moment.

Tondela will come into this tie encouraged after a 1-1 draw with sixth-placed Vitoria Guimaraes, a side that demolished Pacos Ferreira 4-0 just two weeks ago.

The home court advantage could play a big factor here because Pacos Ferreira have been playing incomparably better at home than on the road in the last couple of months. They have thus won three of the last four Primeira Liga ties at Estadio Capital do Movel.

Since Tondela lost four of the last six league outings on the road and since they also lost all of the previous five head to head meetings with Pacos Ferreira, we like the home win pick at the 2.20 odds here.