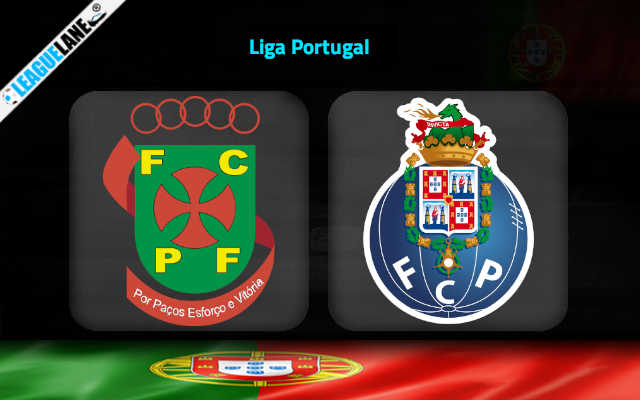 The current Primeira Liga leaders had an extra man on the pitch from the very third minute of the game after Carvalho’s red card.

However, it was not enough for Sergio Conceicao’s troops to snatch the much-needed victory in the battle for the title as they eventually had to settle for a 1-1 draw at the end.

Porto are still six points clear atop the league standings thanks to Sporting CP’s slip-up in a 1-1 draw at Maritimo.

Conceicao’s men did manage to bounce back with a big 1-2 victory away at Sporting Lisbon in the first leg of the Portuguese Cup semifinal.

Mehdi Taremi and Evanilson were on target for Azuis e Brancos who have thus gained a nice advantage ahead of the reverse fixture on the home patch.

Porto will be looking to get back on winning track in Primeira Liga as well this Sunday when they travel to Estadio da Capital do Movel to tackle Pacos Ferreira in Gameweek No 25.

Pacos Ferreira took advantage of the easier schedule in the last two rounds to clinch back-to-back victories over bottom-half sides Vizela and Belenenses.

They are now unbeaten in four straight home fixtures in the league and could represent a tough nut to crack for Porto here.

Pacos Ferreira favor defensive-minded football and they will enter this tie on a high after successive wins over Vizela and Belenenses in the last two rounds.

Since Porto have struggled a lot to break down the ten-man Gil Vicente side last weekend, and since they lost two of the last three away clashes against Pacos Ferreira, we would not be surprised to witness an upset here. We will be brave enough and back Ferreira not to lose at the 3.20 odds.