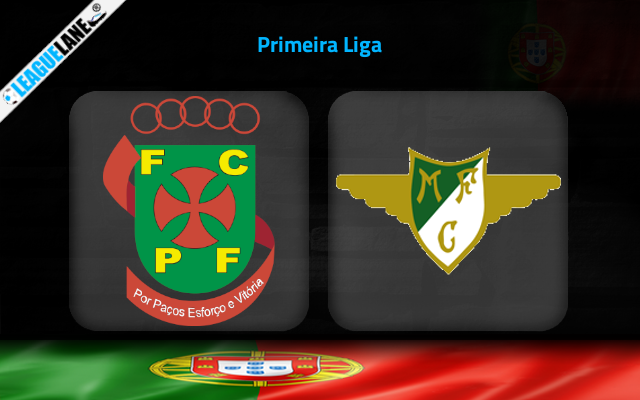 Pacos Ferreira have managed to enter the top half of the Primeira table. They have collected 9 points from the past 5 league fixtures to add up to a total of 30 points for occupying the 9th spot. However, they have a disappointing offensive and defensive lineup.

They will be expecting to record a three pointer from the coming league fixture at Estadio da Capital do Movel on Sunday when they meet the travelling Moreirense.

Pacos Ferreira recorded a 0-1 win against Arouca away from home in their most recent league fixture. They have managed to win three of the past five league fixtures. Following that, they will be motivated enough to enter this fixture with good spirits.

Meanwhile, Moreirense are not pulling up any trees since the beginning of this season. They have seldom won at all this campaign and are positioned at 17th , inside the danger zone spot. They have a dreadful offensive and defensive lineup.

Moreirense lost 0-2 against Sporting in their most recent league fixture at home. With that defeat, they are now winless for five league fixtures. They will be having lowest of spirits on the back of such a disappointing set of recordings.

Ferreira are unbeaten in four of the past five league fixtures at this venue. They have scored two goals in three of those five home affairs.

On the other side, Moreirense are having a winless streak for four games on road. They leaked two or more goals in two of the past three on road league fixtures.

By the looks of things, we expect Pacos Ferreira to seal a win against this Moreirense outfit this Sunday.