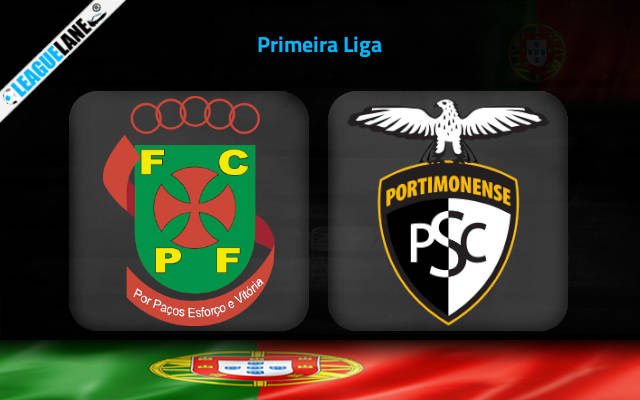 Both Ferreira and Portimonense had struggled to keep clean sheets all through the previous edition of the Portuguese league and it seems that they have carried over this worrying defensive form into the new campaign.

Ferreira had to settle for an 11th place finish in the league table the last season and all through this stretch they had managed to post 9 wins. They had let in goals in plenty during this run and at the conclusion of the season they had a -15 goal-difference.

Meanwhile Portimonense had finished 13th in the table and they had managed to deliver a grand total of just 10 wins.

Going on both these squads have started their new campaigns on a losing note and their recent forms have not also been that good as well.

Moreover, majority of head-to-head clashes over the years also have had goals in huge numbers and taking into account all these observations it is anticipated that we are about to witness a high scoring affair this Monday.

Ferreira were winless in 9 of their past 11 overall fixtures and in the process, they had gone on two separate two-game losing streaks.

Do also note that they have registered a total of just 5 wins in front of their home crowd since August of previous year, and in the process, they had even gone on a 3-fixture losing streak.

On the other hand, Portimonense were winless in 5 of their past 9 overall games and they had remained so in 11 of their previous 13 road trips as well. In the process they had also gone on a 4-fixture losing streak.

Considering these observations, expect a high-scoring match between the 2 teams.