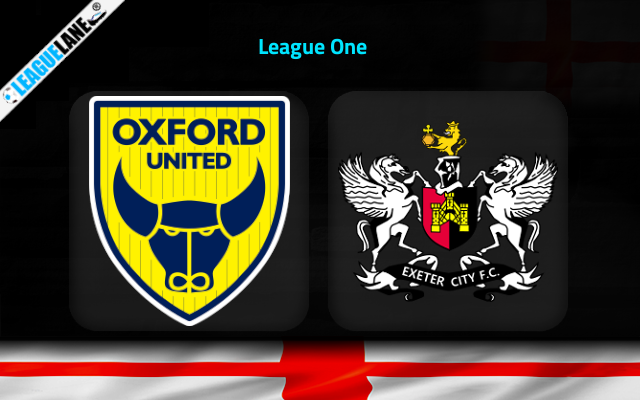 Oxford vs Exeter Predictions and Free Tips from our expert tipsters when the teams go head-to-head in the England League One on Sunday, 1 January 2023.

Oxford lost their eight-game unbeaten run in the previous outing against Ipswich. They sit 15th in the table and will be hoping to bounce back with a victory on Sunday.

Current 13th place Exeter will be their opponents on Sunday. Exeter have been inconsistent mostly. Therefore, Oxford will head into this match with enough of spirits.

Oxford can also rely on the recent tradition since they won five of the previous six head to head encounters against Exeter. The latest match ended in a 4-1 win for Oxford.

Oxford is having a three-fixture winning streak against Exeter at home. They have netted in a total of 11 goals over the course of those three games.

Who will win the match between Oxford vs Exeter?

Oxford seems to be capable of pulling a three pointer on Sunday as they follows a decent form at home. They are on a three-fixture unbeaten streak at home while Exeter have not won in the last four road trips.

The head to head tradition between these two at this venue suggests a high-scoring affair here. Oxford alone have scored goals at a rate of over 2.5 per game in the h2h match against Exeter here.

Moreover, they both have an attacking and defensive side which could record an over 2.5 goals ft affair on Sunday.

Oxford have allowed goals in seven of the last eight home matches too. In that case, expect goals from both ends.

We are expecting a victory for the home side Oxford on Sunday and like to back them at 2.05 odds.

With that being placed as the main bet, both teams to score at 1.95 odds will be our second pick here considering the weak defenses of both.