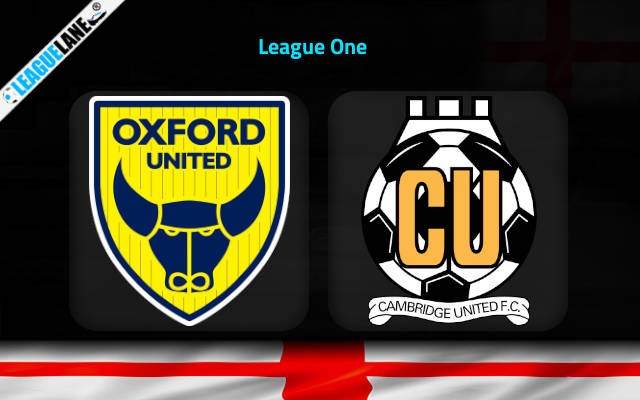 Oxford have been doing enough to stay within one of the promotion playoffs spots. However, the team needs to do much better if they want to challenge for one of the automatic promotion spots.

They managed to escape with all three points by scoring the only goal of the fixture in the 65th minute away from home against relegation bound team Crewe Alexandra.

The result marked their 3rd win in five league matches. Losing the other two fixtures from those games, the club is now 4th in the league, seven points behind an automatic promotion spot.

Cambridge started off the year convincingly; however, they had to revive themselves from a shaky start in February as they are currently making a push higher in the league table.

The result marked back to back wins for the club. With a win and two draws preceding those games, the club now sits 12th in the league standings, twelve points behind a spot in the promotion playoffs.

The hosts have lost just one of their previous five league matches, having won thrice in the process are favourites to win this contest. Especially considering the fact, they go up against a club that is winless on the road in four preceding league matches.

Things didn’t really work out for Matty Taylor in the Championship. However, since his step down to the 3rd tier, he has hit double figures in goal every season. The 31 year old is currently League One’s 4th highest goal scorer in this season. The English striker who has scored sixteen goals already in this campaign is my pick to score anytime this weekend.