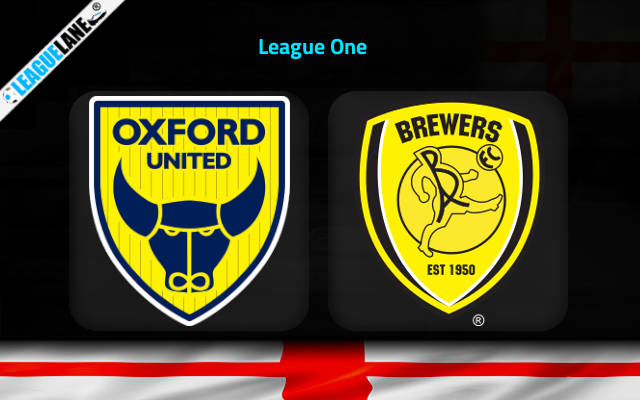 After winning three games in a row, Oxford United lost the previous fixture. They are second in line for the League One Play Offs. Burton Albion lost back to back league games and are without a win for the past 4 fixtures. They have allowed at least one goal in each of their last 17 games across all competitions and are on the middle of the table. The upcoming match is scheduled at Kassam Stadium in Oxford where Burton will be travelling.

The U’s are at the 4th spot on the standing with 62 points from 36 games. They won 18 times in the league while drawing on 8 and losing on 10 other occasions. They scored 67 in total while conceding a sum of 46 up to this point.

Oxford United will be hoping to bounce back after a 3-2 league defeat last time out to Portsmouth. Over their past half dozen games, a total of 23 goals have flown in for both sides combined with 13 of those belonging to the home side.

On the flip side, The Brewers reside at the 14th position on the table with 44 points. Of the 36 matches played, they won 12 games while drawing on 8 and losing on 16 other occasions. Their total goals to conceding ratio stands at 44:52 which shows some room for improvement in defense is needed.

Burton lost the last 2 league schedules against Sheffield Wednesday and Shrewsbury. They have seen their frailties exposed in defense as they have been scored against on all of their last 6 games, giving opposing sides 11 goals overall.

The hosts have not been beaten in 15 of their 18 most recent home matches in League One and their last 4 home games have been high-scoring events, with over 2.5 goals. We therefore feel that a home win is probable and even the past h2h stats further adds up to it.