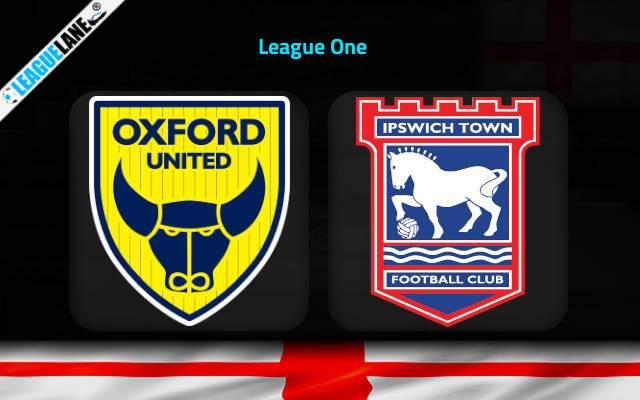 The U’s are on back to back league while the visitors are unbeaten since the last 9 league fixtures. Two of League One’s Play-Off hopeful sides will battle it out this Saturday with Oxford United playing hosts to Ipswich Town at the Kassam Stadium with the home outfit looking to cut the gap on the top three in this race for Championship.

The U’s are at the 4th spot on the standing with 68 points from 38 games. They won 20 times in the league while drawing on 8 and losing on 10 other occasions. They scored 73 goals in total which being the highest as of now in the league, while conceding a sum of 48 so far.

Oxford United will be hoping for a repeat of their last result, following a 2-1 League One success over Shrewsbury Town. They however, face a great test from the likes of Plymouth just below them in fifth and Sheffield Wednesday in seventh, who are both right below them in the table with a game in hand each.

On the flip side, The Blues reside at the 9th position on the table with 60 points. Of the 38 matches played, they won 16 games while drawing 12 times and losing on 10 other occasions.

In their previous game, Ipswich Town drew 0-0 against Portsmouth. For 5 of the previous 6 clashes featuring the Blues , a comparatively low number of goals have been hit between them and opposing teams. The average goals for The Tractor Boys stands a mere 1.33.

Ipswich’s Joe Pigott has more league goals against Oxford with 6 than any other side, including 3 from the last 6 games against them. We feel that a draw or a win for Oxford united is up for cards as the U’s are unbeaten in their last 2 home league matches while the visitors haven’t been defeated in their previous 4 league matches away from home. Also, their last 3 h2hs have ended on a stalemate.