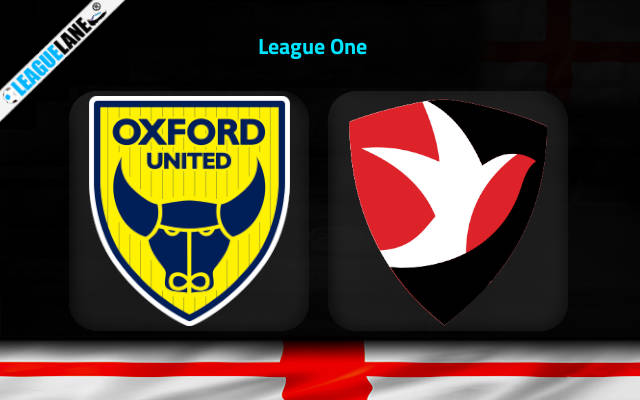 Oxford United is at the last spot on the top 6 in the zone for Play Offs while The Robins are at the middle of the table with 11 points in the difference. The visitors come into this fixture with 3 losses from the pat 5 fixtures. With a previous league loss, the hosts look forward to win the upcoming fixture held at their home in Kassam Stadium during the first day of next year.

The Yellows is at the 6th spot on the standing in the zone for Play Offs with 39 points in hand. They won 11 times in the league while drawing on 6 and losing on 5 other occasions. From the 22 games played, they have scored only 36 in total while conceding a number of 24.

Oxford United have been scored against in 5 of their previous 6 games, letting in 7 goals in the process. Their 9 unbeaten League One run came to and end in the previous week against Wigan by losing to 2-3 at the end.

The Robins reside at the 14th position on the table with 28 points. Of the 23 matches played, the number of matches won and drew stand 7 each while losing on 9 other occasions. Their total goals to conceding ratio is 29:42 which shows that their defensive structure is pathetic in the league.

With a struggling defense, Cheltenham Town have been scored against in 5 of their last 6 games, with opponents netting 14 goals in all. They are without a win for the past 5 games, with the latest fixture ending in a loss to Plymouth by 0-2.

Previous matches between the two has averaged 3.6 goals while BTTS has happened 60% of the time. Coming into this fixture, the hosts are in very good home form while the visitors are performing poor at away schedules.

We envisage a home victory happening this weekend as The Yellows have won 7 out of the 12 home matches played this season while the visitors have only won twice in the 11 away schedules so far.