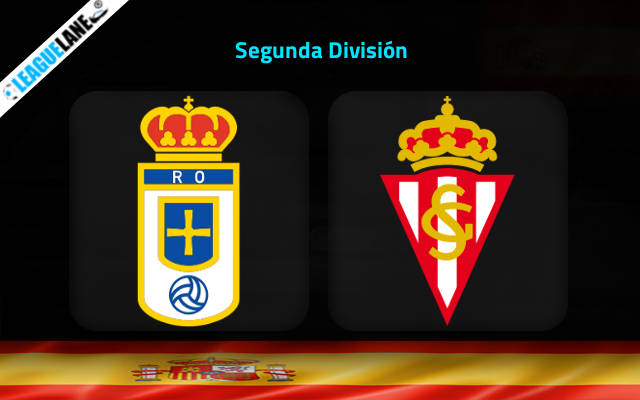 The hosts have an opportunity to move level on points with Saturday’s counterparts in case of a win here.

To get one, they will need to improve efficiency. Real Oviedo currently own the second-worst attacking record in the league.

Only Racing Santander have scored fewer than their 12 goals in the opening 20 rounds of the competition.

Head coach Alvaro can, however, be satisfied with his team’s recent defensive showings. Oviedo allowed only one goal in the previous four league outings and it came in the last weekend’s 1-0 defeat at Eibar.

Sporting Gijon have also been playing tight defensive-minded football of late. We have seen a total of only two goals in their last four league matches.

Gijon shared spoils with FC Cartagena in a goalless draw six days ago on the home patch. None of the last five games Oviedo played on the road saw three or more goals scored.

Both Real Oviedo and Sporting Gijon have found goals hard to come by in their latest games. Knowing also that none of their previous seven head to head outings offered three or more goals, we have all reasons to expect a low-scoring scenario here.

The main bet will be Under 1.5 goals FT at the 2.20 odds, while the braver punters can try with the goalless draw as the correct score pick at the odds of 5.50.