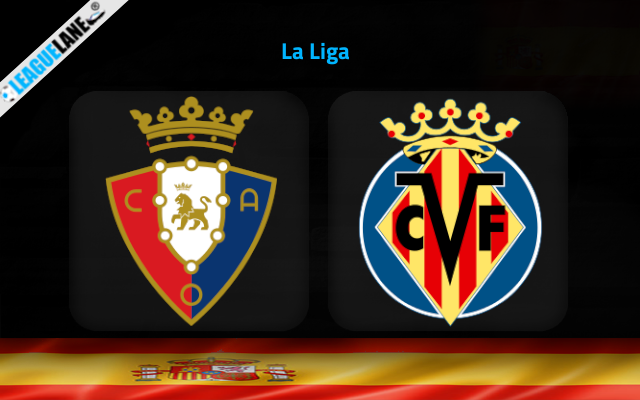 Viillareal with brilliant results in recent fixtures have managed to enter the top six of the Spanish First Division table. They sits 6th with 42 points and will be eyeing for a position in the top four to seal a CL spot.

They are unbeaten in the past five league fixtures. They were last seen playing a La Liga match at home against Espanyol. They destroyed Espanyol in that match scoring five goals while leaking one. They were following a 1-1 draw against Juventus in the Champions league knockout fixture before that match.

They sits 11th on the table with 32 points in total. They have a disappointing defensive side and an average attacking side. They will be hoping to better themselves in front of the local fans in their coming league fixture.

By the looks of things, we expect a displeasing affair for the hosts at Estadio El Sadar when they meet Villareal in the 27th Round of La Liga on Saturday.

Osasuna lost to the teams having similar form as of Villareal recently. On the back of those defeats, we can’t expect them to be on the winning side in this fixture. Also, they have only won once in the past 8 league affairs at home. Their only win in that 8 fixtures came against the relegation battlers Cadiz.

On top of that, Villareal won each of their past two league affairs away from home and possess a good h2h form against Osasuna in the recent history of this match-up.

Therefore, we have more than enough reasons to back the visiting side to bag three points from this fixture.