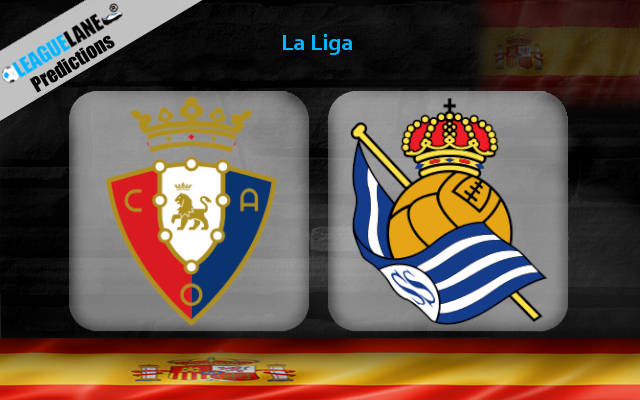 Osasuna has nothing but a top-half finish to fight for, and their recent form doesn’t seem enough to trouble Real Sociedad sitting at the fifth spot on the La Liga table. On the contrary, the guest has stakes in the game and will probably come in with all guns blazing in the fixture on Saturday.

The hosts lost three of their last five matches in the campaign. Their lone win in that period came at home against a promoted team in the mix. Their previous encounter was on the road and lost to Atletico Madrid with a 2-1 scoreline in their schedule.

Real Sociedad, in the meantime, will not risk their Europa League berth as an unfavorable result here might swap their places within the promotion zone, given the teams behind them better their result in the final match. They will visit on the back of a 4-1 win at home against the likes of Valladolid.

Osasuna is strong at home in the league this season. The host has won their last three attempts at home and is unbeaten in the recent five. In the meantime, Sociedad has a slight edge over the host with their position on the table. However, defeats in the last two outings will likely slow them.

With much at stake for the visitors and nothing other than pride for the host to play for, the match is sizing to be an away win in full-time. Along with that, there is no doubt that the match is sizing to be a high-scoring affair in ninety minutes. With their current form in the league, both teams are likely to score in the game, which opens the door for the probability of BTTS in the fixture.