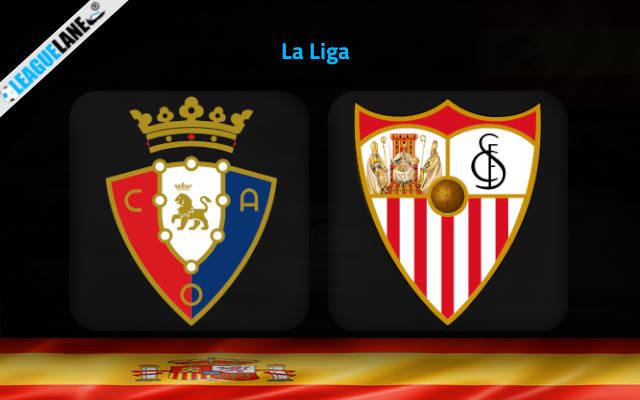 Sevilla begin the new La Liga campaign with the trip to Pamplona where they will take on Osasuna in the very first fixture of the 2022/23 season on Friday evening at Estadio El Sadar.

It should be an exciting affair and a tough test for Los Rojiblancos who are hoping to adjust to life without their first-team center-back pairing.

Sevilla conceded league-low 30 goals in the previous La Liga campaign mainly thanks to the likes of Diego Carlos and Jules Kounde who have left the team this summer to play for Aston Villa and Barcelona respectively.

Surprisingly, Los Rojiblancos were not much active during the summer transfer window and they are actually yet to bring adequate replacements for the mentioned defenders.

Julen Lopetegui’s troops have suffered a demolishing defeat to Arsenal at the Emirates Cup two weeks ago, conceding six unanswered goals in North London on the occasion.

They did beat Cadiz five days ago in the final pre-season check, but it remains to be seen how the lack of proper acquisitions will affect the team’s ambitions of repeating last season’s top-four finish.

Osasuna did not change their squad much in between the two campaigns either. To be fair, they did not have many reasons to do so after all, following the impressive 10th-place finish last time out.

However, it is worth noting that seven of the team’s twelve wins for the season have come away from Pamplona. It is something worth considering ahead of this season opener against Sevilla.

Osasuna have enjoyed a decent pre-season form in the last couple of weeks, picking up three consecutive wins in the exhibitions against Feyenoord, Burgos, and Mirandes.

We feel the hosts will be a tough nut to crack for Sevilla and the value is with the draw at the odds of 3.10. You can hardly make a mistake backing the Under 2.5 goals FT pick at the 1.57 odds.