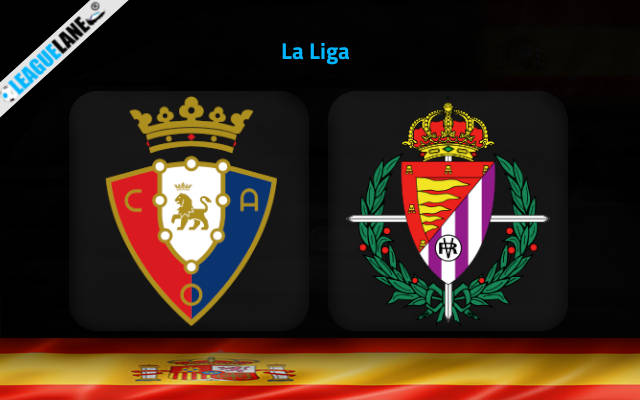 Both Osasuna and Valladolid are in pursuit of a spot in the top-most tier of the table, and this objective has put them both under intense pressure. The teams are committing a lot of mistakes than usual, and as a result most of their recent games are seeing goals in huge numbers.

Osasuna are currently in possession of the eighth spot in the table, and need a surplus of just one point to climb level with the sixth-placed Bilbao.

While it is true that they lost four fixtures so far, note that three of these came against Villarreal, Valencia, and Betis – some of the best in the Spanish top flight.

Going on, they have also been one of the absolute best teams at home this season in the La Liga. In fact, they have a 100% winning record here barring two fixtures, and only three teams posted more points from home games. The three being, Barcelona, Real Madrid, and Betis.

Meanwhile, Valladolid are placed 11th in the table, and lost just once in the past five fixtures. And just the last match-day they defeated the in-form Sociedad with a 1-0 scorecard.

Furthermore, goals also came in plenty whenever these two teams locked horns in the past, and all of these compel me to arrive to the inference that we are about to witness a high-scoring affair.

Osasuna have a 100% winning record at home barring two matches, and they failed to find the back of the net just once at this ground this new season.

It goes without saying that they are high on confidence after their great performances at home, and will go in for the kill this weekend.

On the other hand, Valladolid are fresh off two back-to-back wins against giants Sociedad, and Celta Vigo – and they scored five goals in the process.

And even though their form away from home has not been that great in terms of results – they did score goals in huge numbers.

By the looks of things, anticipate a high-scoring affair this weekend between the two squads.

Tips for Osasuna vs Real Valladolid