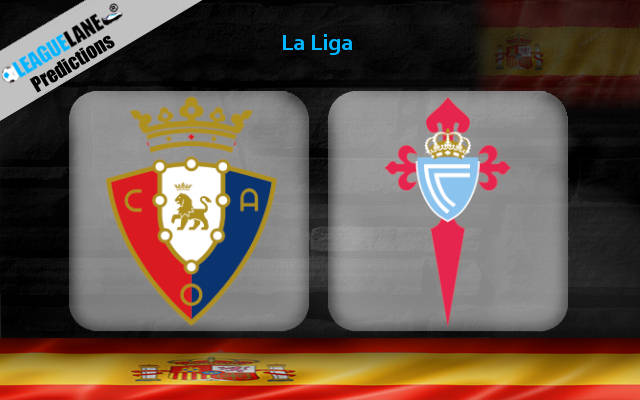 Osasuna started the new season of the La Liga campaign against a promoted side, which gave them an easy win on the road in their schedule.

However, they will host the upcoming match with a two-game losing streak in their form. Their previous encounter was at home, and they lost to Levante with a 1-3 score on the board in the league.

Celta Vigo’s hard-earned unbeaten streak at the start halted in the last clash. Barcelona did the formalities as the former visited Vigo to defeat the Celts with a 0-3 scoreline.

They met both their previous away fixtures in the campaign schedule with a draw. This probably points to another such deadlock in ninety minutes, but there is a chance for surprises in the game.

The match at Pamplona is a close call since both teams have their own upper hand. While Osasuna celebrates their ground advantage, Celta Vigo has a rather better run this season to show. The host is on the back of a home defeat which will not improve the morale of the squad.

On the other hand, Celta Vigo had a remarkable defensive play despite the clean sheet loss. The players will not blame themselves too much as Barcelona was too hot to handle. Since both sides are likely to keep their attacks minimal, the tip for over 1.5 goals will probably do the trick for the punters.

If it was a home game for Celta Vigo in their current form, then betting on them to win would have been hands down the best idea against such a weaker side. But the Celts are away from home, and the double chance favoring Osasuna will probably be the best bet considering the chance of a draw in the clash.