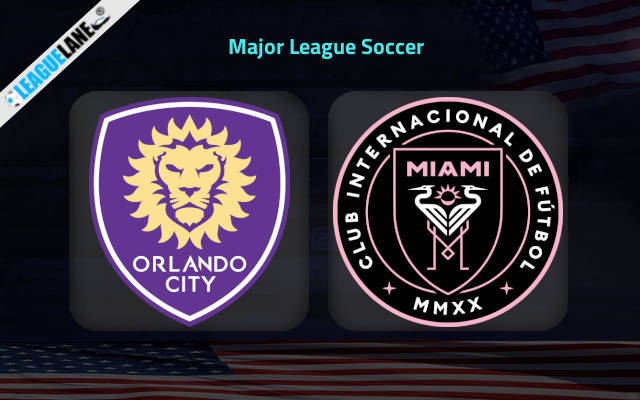 Gameweek 20 of Major League Soccer will be starting this week as Orlando City play host to Inter Miami where both these sides are separated by 3 points and 2 places. These two sides will be seen locking horns in the Eastern Conference at Exploria Stadium, this Sunday.

Orlando City is at the 6th spot on the standing with 25 points from 18 games. They won and lost 7 times each in the league while having drawn on 4 other occasions. The home side did start the season in top gear, but we saw them drop too many points in the last couple of weeks.

The hosts will be hoping to return to winning ways here following a 3-5 league loss in their previous game against D C United. This team is currently sitting just one spot away from the bottom of the Eastern Conference table.

On the other hand, Inter Miami resides at the 9th spot with 22 points. Of the 17 matches played, they won 6 times in the league while having drawn on 4 and lost on 7 other occasions. The biggest problem for this side this season has been their offense. They have put away just 18 goals thus far.

Previously, the visitors drew 1-1 in the MLS tie with FC Dallas. They have been scored against in 5 of their last 6 games, seeing their opponents hit 6 goals in all. At the back, Inter Miami certainly have room for improvement.

These two sides have already met this year, although not in the league but in the US Open Cup. The scoreline was 0-0 after the regular time, after which the game went to extra time and Orlando won by 2-1 margin.

Inter Miami has never seen a win in their last 6 away h2hs. They won just one away game so far in MLS. Meanwhile, Orlando City won 4 out of the 9 home games this season and remain unbeaten in their last 4 h2hs.

We therefore feel that a home win is up for cards this weekend.