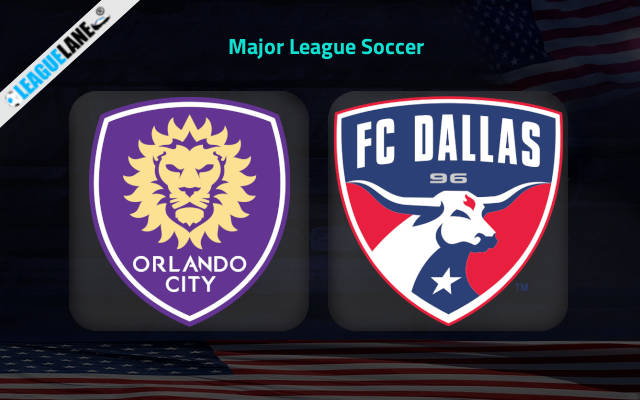 Orlando is on top form in their matches. The team has achieved some good results in their matches recently, resulting in the team being one of the top contenders of the Eastern Conference. Thirteen matches have already been played by the club from which they have got six wins, three draws and four losses. Currently, the team stands thirds on the league table with 21 points from their matches.

Orlando City played their last match against Austin. Orlando had secured the lead in the 2’ minute and added to the lead in the 22’ minute. However, Austin scored two goals in the second half of the match, equalizing the scoreboard. The match ended with 2-2 FT score.

Dallas has played well in their matches recently. From the last ten matches, the team has got five wins, three draws and two losses. The loss against Vancouver Whitecaps ended an unbeaten streak, which had lasted for nine matches. However, at the moment, the team is on a loss streak of two matches. The strong form exhibited by Dallas has secured the team the third position in the Western Conference with 22 points from their matches.

FC Dallas played their last match against Minnesota United. Minnesota scored two goals in the match while Dallas could score only one, ending the match with 1-2 FT score.

Both Orlando and Dallas have played well in their matches, resulting with the teams staying at the upper half of the league table. With both teams on top form, the matches tides can turn at any time.

With six home matches already in the past, Orlando City has secured three wins and three losses from the matches. Dallas, too, has played six road trips. They had lost in the first away match, secured draws in the next four matches and won in the last match.

Advantage of playing in their home ground, makes Orlando the team most likely to secure the win in the match. Both teams have had their fair share of goals in their previous matches and can be expected to contribute to the scoreboard in this match as well.