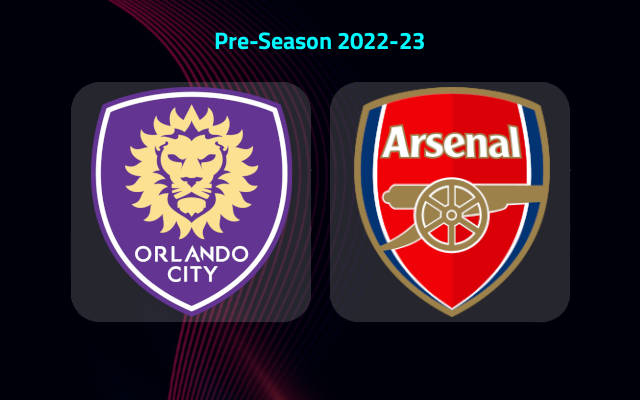 After having missed out on a top-4 finish the last season in the English top flight, the Gunners will be determined to make amends this time around. During this pre-season tour, they will be taking on MLS squad Orlando City and will be expected to deliver a winning performance this Thursday.

The Gunners had finished 5th in the English league the last season and they had missed out on a top-4 spot by just 2 points. As heart-breaking as it was the blame still lies on them.

They were on course to comfortably make it to the podium, but towards the end of the campaign they dropped several points from winning positions.

Anyhow they are back with a bang now and they will be eager to set the tone even before the commencement of the league campaign. It helps that they are pitted against a rather inexperienced American team.

Meanwhile, Orlando are going through a rather poor stretch of performances at the moment and they are also struggling quite a lot with their back line. Even at their home they have been unable to put forth any kind of dominating performances lately.

By the looks of things, expect a victory for Arsenal this Thursday.

Orlando were winless in 5 of their past 6 overall fixtures and they had remained so in 9 of their 11 games as well. Do also note that they have a total of just one clean sheet from their past 11 fixtures.

On the other hand, their counterparts the Gunners are on a 4-game winning streak and they had scored a total of 17 goals in the process. They have lost just twice in over the past 3 months and these 2 defeats had come against Newcastle and Tottenham.

By the looks of things, it is expected that we are about to witness a victory for the much more experienced and in-form Arsenal.

Tips for Orlando City vs Arsenal