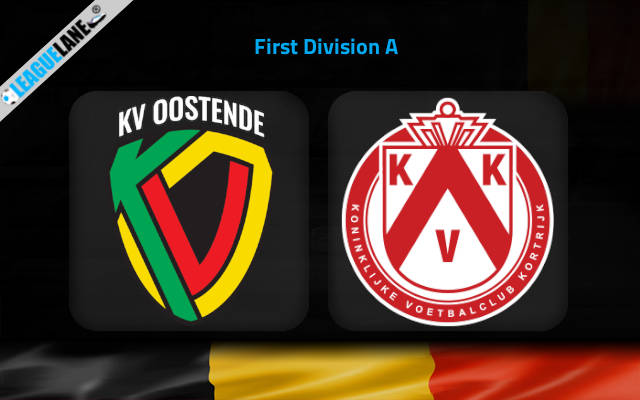 Following a 5th place finish in the Jupiler League last season, Oostende has had a considerable fall from grace as they are currently seen in the bottom half of the table.

Having finished 14th in the league last time around, Kortrijk is having a much improved season and are pushing for a spot in the Europa League play-offs.

These teams are set to lock horns at the Versluys Arena in Ostend this Tuesday. Read our Preview, Predictions, and Betting Tips with Analysis here.

KV Oostende won 3 of their opening 4 games in the league. The side has managed the same number of wins since in 14 fixtures.

With just 3 points in their last 7 league games, the club is 13th in the league, 3 points clear of relegation.

KV Kortrijk won half of their opening 8 league matches. The side has just won a couple of games since in 10 fixtures and currently occupy the 9th position in the league, 5 points clear of their opponents for Tuesday.

The hosts have managed just a win and have lost 6 games in their previous 7 fixtures. KVK on the other hand has suffered just a loss in their last 10 fixtures and are unlikely to return home empty handed.

The visitors have scored in 7 of their last 8 away fixtures in which the average combined score line is 2.30. The hosts meanwhile have scored in 9 consecutive home games in which an average of 5.77 goals were scored. Considering the above, expect both sides to contribute to a huge score line.