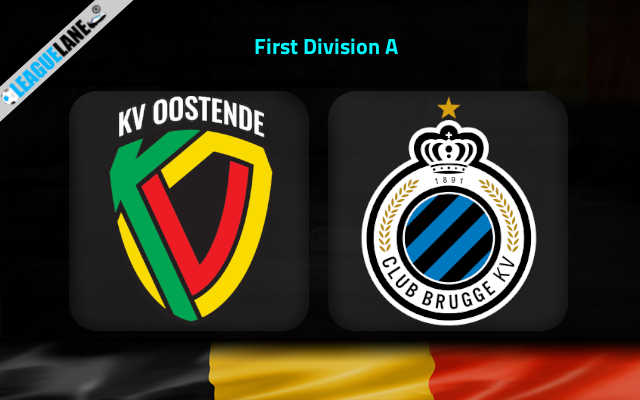 Club Brugge will continue the pursuit for Union Saint-Gilloise at the top of the First Division A table on Saturday evening when they travel to Diaz Arena to battle bottom-half strugglers KV Oostende in the 31st round of the competition.

The latest came last weekend away at relegation-threatened RFC Seraing. Club Brugge confirmed the gap in quality between them and the rivals by recording a demolishing 0-5 victory against the ten-man opposition on the occasion.

The most recent acquisition Andreas Skov Olsen stole the show by completing a brace on the occasion.

Club Brugge have bagged as many as twelve goals in the last three league wins over AS Eupen, Antwerp, and RFC Seraing.

They will have a great opportunity to keep it going here against KV Oostende who have just suffered a tough 3-0 loss away at Anderlecht six days ago.

Oostende have generally been struggling with the lack of attacking creativity of late as they only managed to score one goal in the previous five First Division A affairs.

Everything points towards an easy victory for the visitors who still have time to catch up with Union Saint-Gilloise in the battle for the domestic silverware. Schreuder’s troops have been scoring goals for fun of late and we expect them to continue their tremendous attacking form this Saturday.

The main bet will be Club Brugge to win by two or more goals difference at the odds of 2.25, while you can also try with in-form Andreas Skov Olsen to score anytime at the super-attractive 3.50 odds.