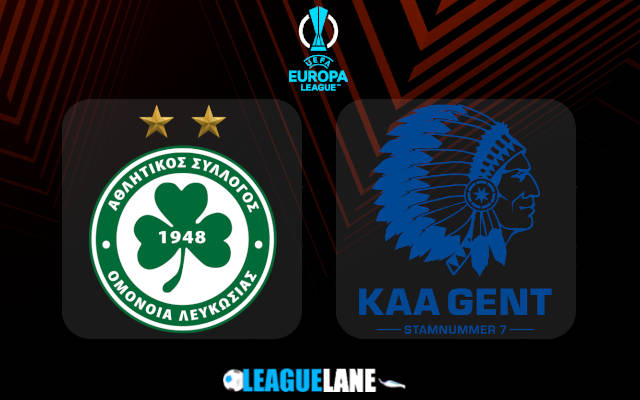 Omonia had registered a 0-2 win on the road in the first leg against Gent and now they have all the momentum going forward in this second leg.

The realization that they need to just hold on to this lead in order to secure a ticket to the Europa League will be a huge motivator. On top of that they are also in front of their home crowd, who will be passionately supporting their team in order to land this great objective of theirs.

On top of that they are also on the road, and in their recent away games, they simply have been letting in goals in huge numbers.

At the same time, Nicosia have been performing well at home as well. Judging all these observations it is expected that we are about to witness a victory for Omonia Nicosia this Thursday.

Omonia were unbeaten in 14 of their past 17 overall fixtures and in the process they had gone on a 3-game winning streak as well as two separate two-match winning stretches.

They had also won 3 of their past 4 appearances in front of their home crowd and they had remained unbeaten in 11 of their previous 13 home matches.

On the other hand, Gent were winless in 5 of their past 7 games and they had failed to keep a clean sheet in their past 9 fixtures as well.

Do also note that they had lost 2 of their past 4 road trips.

Considering these observations, expect a victory for Omonia Nicosia this Thursday at their home.

Tips for Omonia Nicosia vs Gent