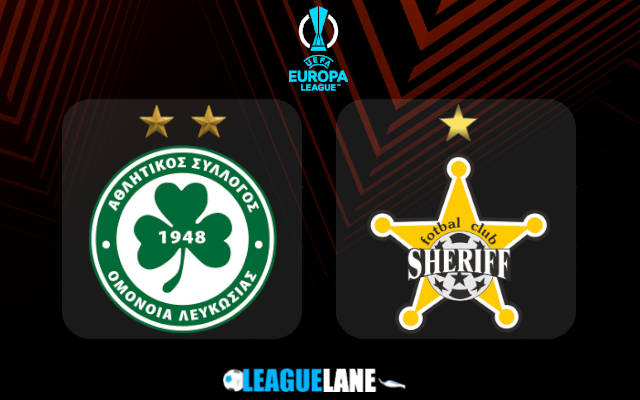 Omonia Nicosia host Sheriff in the first round of Group E in the 2022/23 UEFA Europa League campaign.

Both teams have regularly featured the group phases of continental competitions (mainly Europa League and Conference League) in the last couple of years.

We fancy their chances of keeping things tight defensively here against Sheriff who have been anything but impressive in the final third this summer.

The Moldovan outfit, who dispatched Real Madrid at Estadio Santiago Bernabeu last season in the UEFA Champions League, failed to find the back of the net in either leg of the Europa League playoffs tie against Armenian side Pyunik.

Sheriff went past Pyunik on penalties on the occasion. They had eliminated Zrinjski Mostar and Maribor in the UEFA Champions League Qualifications earlier this summer, both times 1-0 on aggregate.

Knowing that majority of Sheriff’s matches in Europe this summer ended with fewer than two goals scored, we do lean towards backing a low-scoring scenario in this matchup.

We also have to mention that four of the last five outings Omonia Nicosia played in all competitions ended with fewer than three goals scored.

Knowing how important this match is for the two teams in terms of their further European prospect since the likes of Manchester United and Real Sociedad are also in this group, we expect both managers to use a more careful approach on Thursday.

Neither of the two outfits can afford a failure in this tie knowing there are Manchester United and Real Sociedad waiting in the next Gameweeeks.

In these circumstances, we expect a nervous and tight encounter without too many goal-scoring chances. The Under 2.5 goals FT is the way to go at the 1.57 odds, while we will also try with Omonia Nicosia to keep a clean sheet at the 2.37 odds.