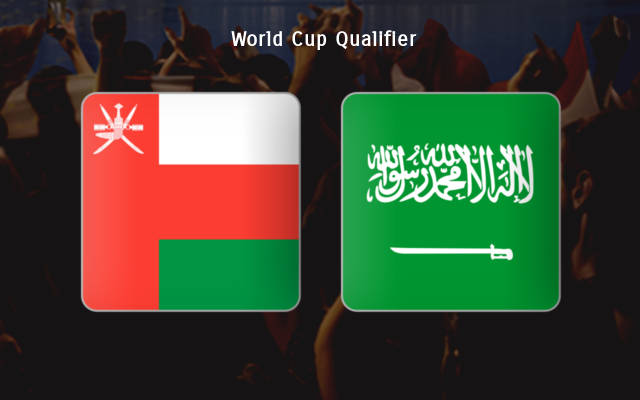 On Tuesday, Oman hosts Saudi Arabia in Muscat in 2022 FIFA World Cup qualifying action in an intriguing battle between two Middle Eastern competitors.
The hosts come into this fixture sitting on 3rd in the 3rd round of qualifying in group B with 3 points on board.

They have caused an upset in their previous qualifier as they defeated Japan 1-0.
Issam Al Sabhi scored an 88th minute to give Oman a narrow victory over Asian giants, Japan.

In that game, Japan had 65% of possession of the ball, whereas Oman had 35%, but it was the Pearl’s of Arabia who had made a big difference in front of goal.

On the other hand, Saudi Arabia sit in 2nd place in the table with 3 points in the 3rd round of qualifying in group B.

They come into this fixture after winning convincingly against Vietnam with a 3-1 scoreline.
Goals from Salem Al-Dawsari, Yasser Al-Shahrani and Saleh Al-Shehri sealed all 3 points against the Veitnamese.

As per the statistics above, Oman have a really good record against the Saudi’s in all competitions. Though the Saudi’s may be favourites on Paper, Oman have their own ambitions to cause an upset in this fixture.

As a result, we see good value for the odds at 2.20 in favour of the home side.

Given that these two sides are defensively compact, we once again see that there is good value in the odds staked at 1.65 for goals under 2.5 in this game.

Our last tip is based on the record between these two sides. 3 of the last 6 games have ended up as 0-0 draws. Hence, we back the odds at 1.70 for both teams not scoring.