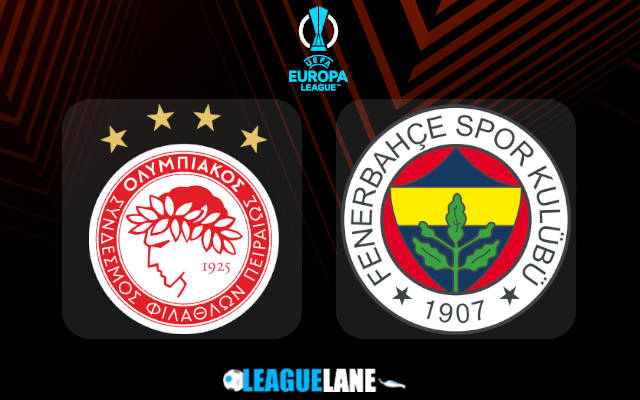 First place Frankfurt are way ahead in the table while bottom place Antwerp have fallen behind the pack considerably. While mathematically the top spot is open for the top 3 teams, Olympiakos and Fenerbahce are likely to battle it out for the 2nd and 3rd spots in the remaining 2 games and the winner of this fixture should be in a pole position to progress further in the UEL. Read our Preview, Predictions, and Betting Tips with Analysis here.

After kicking off the season with consecutive wins against Antwerp at home and against this foe on the road, Red-Whites suffered losses against Frankfurt in home and away fixtures. They however, still occupy the second position in the table and are 4 points behind Eintracht Frankfurt.

They have been dominating the Greek Super League and are unbeaten in their opening 10 games, 6 points clear of their nearest competition, AEK Athens.

Fener managed draws against Frankfurt and Antwerp in away and home games respectively on either side of their 3-0 loss against their opponent for this game week. In their most recent fixture, they won 3-0 on the road against Antwerp and are now sitting in the 3rd position a point behind the Greek club.

Miguel Crespo scored the winner in injury time in the Inter-continental derby against arch-rivals Galatasaray to give Fener all 3 points on the road, despite being a man down since the 82nd minute. This puts them 5th in the league, 10 points behind the top of the table

The hosts are dominating proceedings domestically, with their losses against Frankfurt in this competition their only losses since April within regulation time. Fener despite holding their own in recent games, have not been at their best on the road having lost thrice in their preceding 6 games on the road. I have the hosts to seal all 3 points from this fixture.

The visitors have scored in 5 consecutive games on the road and have failed to score just once in their away games since April, while the home team has scored in 7 consecutive games. Both teams are likely to get on the scoresheet.