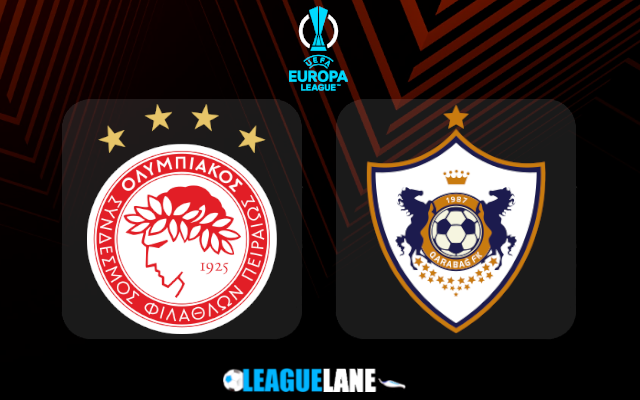 Olympiacos and Qarabag will battle each other in an interesting Europa League fixture on Thursday at Georgios Karaiskakis Stadium.

Qarabag claimed the Azerbaijan Premier League title in a dominant fashion the last time. They had scored almost double the number of goals scored by the second best offense in the whole season. Their defensive steel also possessed such an exceptional record.

And it seems that they picked up things from where they left off in the previous season. They had won all the 7 Premier League fixtures they appeared so far in the campaign to secure the top spot in the league standings.

It is worth mentioning that no other team in the whole tournament had scored more goals than them. Do also note that they owns the best defense of this Premier League season.

Meanwhile, Olympiacos had an unbeaten start to this Super League season. They failed to maintain the same further and are currently owning an inconsistency in the league.

They are trailing behind the current toppers with a difference of 7 points on the table. However, their defense look decent enough so far in the campaign.

By the looks of things, we expect a pleasant day for the traveling fans of Qarabag on Thursday.

This match is a great chance for the visitors to maintain their strong spell of form at the beginning of this Europa League season. Therefore, expect a victory for the guests Qarabag on Thursday.

We are also backing the away team to win the second half since they touched the back of the net 9 times in the previous 2 fixtures from second half alone.