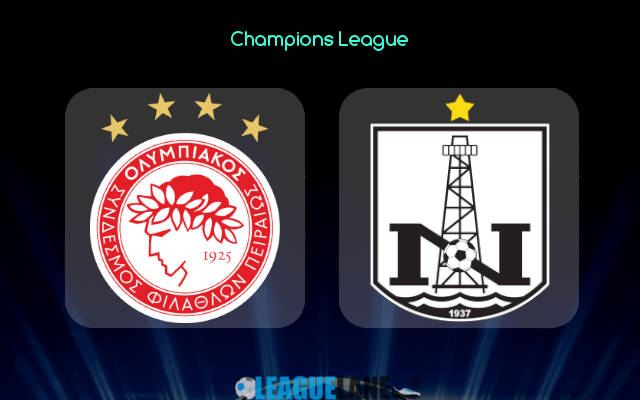 Olympiacos Piraeus begin their quest for the third successive qualification to the group stage of the UEFA Champions League on Wednesday evening when they play host to Neftci Baku at Stadio Georgios Karaiskaki.

The team from Piraeus have been regular Champions League contestants over the last several years. They came third in their respective groups in the last two years, thus continuing their European adventures in the knockout phase of the UEFA Europa League on both occasions.

Both times, Olympiacos were stopped in the last 16 round, having eliminated the likes of Arsenal in 2019 and PSV in 2020 in the last 32 round affairs respectively. Such a broad experience at the highest level gives the Greek champions a huge advantage over Azerbaijani champions in this second qualifying round. The team led by Pedro Martins thus go into this tie as enormous favorites both on the night and over two legs.

Olympiacos did not change their squad much this summer. The main change happened on the goalkeeper position as Jose Sa was replaced by Sevilla’s Tomas Vaclik. Youssef El-Arabi is expected to be the team’s key player in the final third. We see the Moroccan striker as a huge threat to Neftci’s goal on Wednesday.

Unlike their counterparts, the visitors are yet to qualify for the group stage of any European competition.

They won their first Azerbaijani title since the 2012/13 season last year, beating Qarabag by just two points in a close finish to the campaign. Samir Abasov’s men eliminated Georgian champions Dinamo Tbilisi in the opening qualifying round thanks to two separate 2-1 wins.

This will be the first head to head encounter between the two outfits.

Neftci did not shine in either of two games against Dinamo Tbilisi at the beginning of their European journey this summer. They somehow found a way to come back from a deficit last week in the reverse fixture in Baku, but we are highly pessimistic regarding their chances against the Greek heavyweights.

The gulf in quality between the two teams is massive and we have no other option but to predict a comprehensive victory for the hosts in the first leg at Stadio Georgios Karaiskaki.