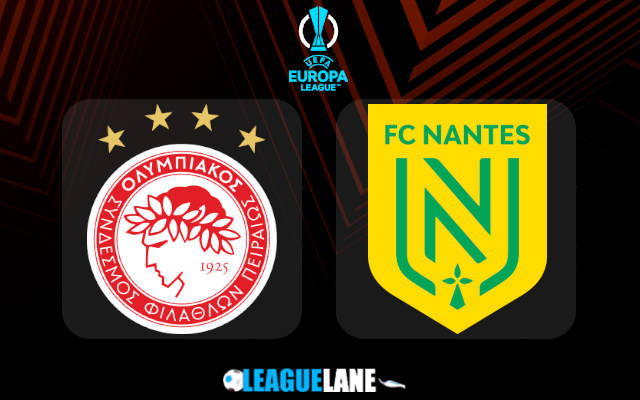 The stakes will be high for Nantes as they will face Olympiacos at Georgios Karaiskakis Stadium for the final game of Group G.

Míchel’s side have already been eliminated from this competition after an underwhelming campaign, while Nantes have it all to play for being just a point away from Qarabag in third place.

In the first leg, Antoine Kombouaré’s side won by 2-1. In that game, it was Evann Guessand who scored the winning goal in the 93rd minute.

The visitors got their second win of the campaign as they defeated Qarabag by 2-1 most recently. The team is in the third position on the table with two wins in their last five matches.

It is worth knowing that Antoine Kombouaré’s side have conceded the most number of goals in Group G this season.

The host have lost their last two group stage matches at Georgios Karaiskakis Stadium by conceding exactly three goals, which was against Qarabag and Freiburg respectively.

In this upcoming fixture, we can expect manager Míchel to give chance to academy players as they are already out of Europe. The visitors on the other hand, will play with their best starting eleven.

Antoine Kombouaré will be worried about the fact that his team have been lacklustre in front of the goal in theri group stage matches. His team have scored only four goals so far. Therefore, we can expect a tightly contested game.

You can back the following as our first tip for this game is that Nantes will win this by 2-1 – the odd for this tip will be at 9.00 odd. The host are already out of the competition, also the visitors have won twice this campaign.

Moreover, you can bet on the next tip as Both Teams to Score – the odd for this top will be at 1.70. In the first leg both teams scored a combined total of three goals. Not to mention that the host have scored two goals recently against Lamia.