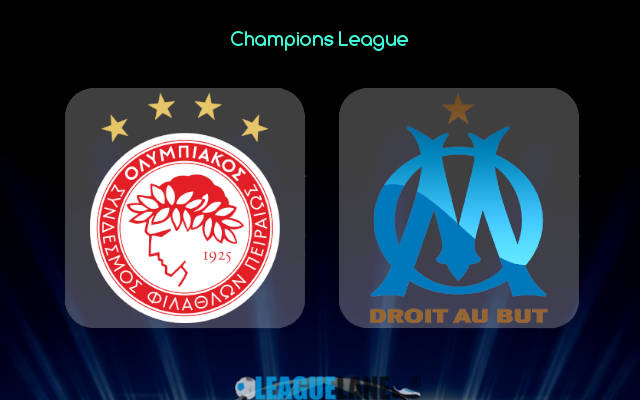 Wednesday’s clash in Greece between Olympiacos and Marseille is surely not going to be in top priority list when it comes to football quality, but there are plenty of solid betting opportunities available.

Greek side has been standard member of UCL group stages for almost a decade now, while Olimpique Marseille had their ups and downs over the course of last few years.

Hosts had to go through the qualifying round as well, but there were no troubles in beating Cypriot champions Omonia Nicosia.

Judging by the odds, hosts have small edge in this match, being priced at 2.40 odds for the win. The quote on French side to achieve the same is 3.10.

These two teams have met only twice in history so far. Those encounters were in UEFA Champions League group stages season 2011/12. Interestingly, visitors were victorious in both occasions with identical 1-0 score.

Olympiacos are led by popular Portuguese manager Pedro Martins, and they have had a lot of success in the last couple of months. Besides earning a spot in the groups, Olympiakos are also doing well in Greek Super League, currently being second with ten points from four clashes.

The only duel which didn’t result in their favour happened recently on the road against PAS Giannina.

Their biggest star is 33-years old striker Youseff El Arabi who bagged five goals in four appearances this season. If you are looking for a solid option in the goal scorers market, this Moroccan striker would definitely be our choice number one.

As for their opposition, Marseille have finally managed to end an unpleasant streak of three draws in a row in Ligue 1. They successfully defeated Bordeaux at home 3-1 last weekend. Interestingly, their last four games have ended with BTTS.

We are not expecting so open match in Greece though. Both sides are looking solid lately, and would probably be satisfied to start UCL happy with a draw, without a lot of risk.