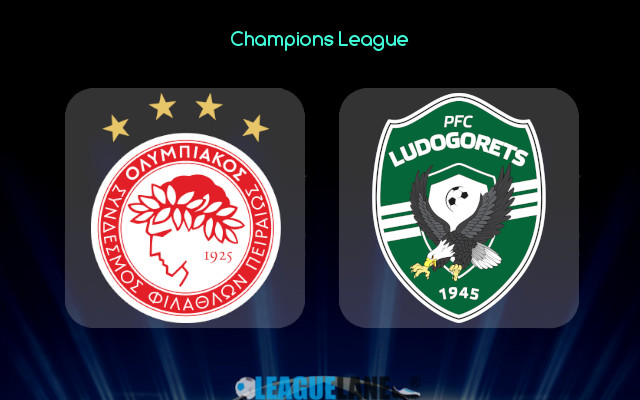 Olympiacos are on a superb streak, and they are also the reigning champions of the Greek Super League. Meanwhile, Ludogorets are going through an inconsistent run on the road, and are from an inferior league. Likely, expect a win for the former this Tuesday.

They had lifted the title in style the last season in Greece, that they had lost just once all through the campaign. They had conceded the least, and they had scored a total of 64 goals from just 26 games, while none of the other teams had managed even 50.

In fact, they had a lead of 16 points at the top by the end of the season, and they had been on fire at home all through the stretch.

In the meantime, Ludogorets might be on a good run at home, but they have been lacking form on the road. Moreover, they are from the Bulgarian top flight, which are qualitatively much beneath their Greek counterparts.

By the looks of things, expect a win for Olympiacos this Tuesday.

The Greeks are on a four-game winning streak, and they were also unbeaten in 21 of their past 24 overall fixtures. Moreover, they had also won ten of their preceding twelve appearances at home, and the last they failed to score at home was eight months back.

On the other hand, their counterparts were winless in five of their last nine overall games, and they had ended their previous season with a two-game losing run on the road. In the process they had also conceded seven goals.

Considering these stats, expect a win for Olympiacos this Tuesday.

However, Ludogorets have failed to score on the road just once since November of 2020, and for the reason, expect them to find the back of the net at least once this Tuesday.