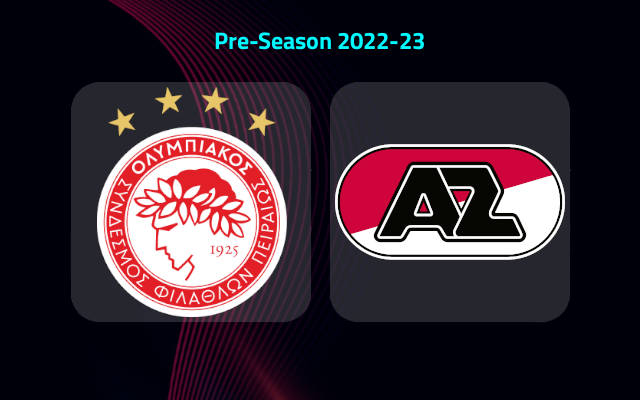 Both these teams have been letting in goals in huge numbers in the last several fixtures. It goes without saying the two squads will be in preparation for a tiring season ahead and these gaps in defense are issues that needs to be addressed.

Olympiakos have been unable to deliver good defensive performances in even their recent friendly fixtures and they have not done so at home as well.

However, they are the reigning Greek champions and they had lost just once all through the campaign. It also decides to be mentioned that they had scored goals in plenty all along as well.

Meanwhile AZ Alkmaar had finished 5th in the Dutch top flight, and thus had missed out on direct tickets to the European competitions.

But impressively they managed to secure a win in the playoffs and as a result they will be taking part in the upcoming Europa Conference League. And during this stretch they had found the back of the net consistently and that too under huge pressure.

By the looks of things, it is expected that we are about to witness a high-scoring affair this weekend.

The last 2 matches of Olympiakos had 4 or more goals and their last 3 games had goals from both teams. It also needs to be mentioned that they had failed to keep clean sheets in 4 of their past 5 appearances at home.

On the other hand, 8 of the last 9 matches of AZ Alkmaar had 3 or more goals, and their last 9 road trips had goals from both teams as well.

Taking into account these observations expect a goal-fest this weekend.

Tips for Olympiacos vs AZ Alkmaar