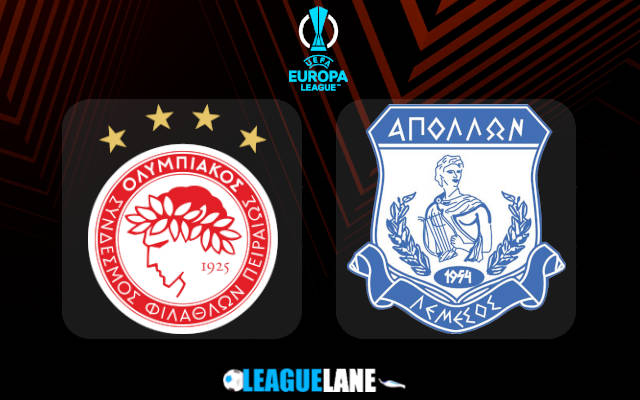 Olympiacos and Apollon Limassol are set for the final 90 minutes of their battle for a spot in the group stage of UEFA Europa League on Thursday evening at Stadio Georgios Karaiskaki.

The tie is wide open after the first leg which saw the two teams play out a 1-1 stalemate in a very tight game.

We did not see too many goal-scoring chances last week at all when these two teams met. The two outfits had a combined total of three shots on target on the occasion.

While the bookies see Olympiacos as pretty big favorites to advance in front of the home fans, we would by no means underestimate Apollon Limassol here.

After all, they are the Cypriot champions and we have witnessed the massive improvement by teams from this country over the last several years.

Apollon Limassol have played the group phase of the UEFA Europa League three times since the 2013/14 season. They look even stronger now and they are ready to prove their worth at the biggest stage here.

On the other side, Olympiacos did not shine at all so far in the European qualifications. They suffered a painful elimination to Maccabi Haifa in the second round of the UEFA Champions League qualifications, losing 1-5 on aggregate.

The team led by Spanish manager Carlos Corberan then needed penalties to eliminate Slovan Bratislava in the third qualifying round for the UEFA Europa League after two draws in the regular time.

The bookmakers have significantly underestimated Apollon Limassol ahead of this tie and this is something we will try and take advantage of.

We expect another tight game with plenty at stake for the two teams. The Under 2.5 goals FT is surely the best betting option at the 1.85 odds, while you can also try with Apollon Limassol to win or draw at the 2.37 odds.