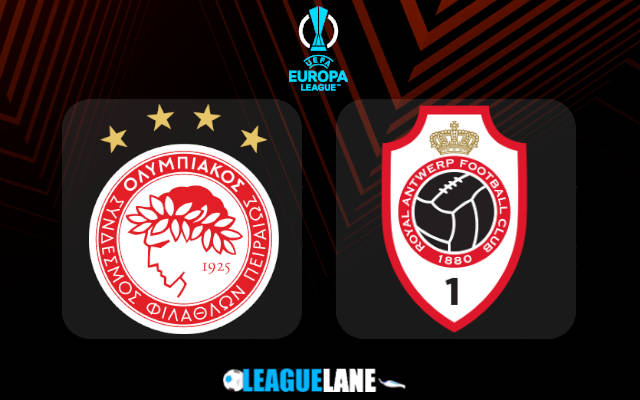 Olympiacos take on Antwerp in the UEFA Europa League as both these sides will be eager to win as they have a tough road ahead of them if they want to qualify to the knockout stages of this league.

That game saw the Thrylos have 66% of ball possession as they were able to get 22 shots on goal, with just 5 on target which is a sign of the clinical edge that Olympiacos are missing up front in goal. However, quick conclusions cannot be made as they have just got their season started.

On the other hand, the visitors current sit in 11th position in the Belgian Pro League as they have 8 points on board after 6 league games.
Antwerp come into this Europa League tie on the back of a 1-0 win over Eupen in the Belgian Pro League which saw Michael Frey score the only goal of the game in the 55th minute.
The Belgian outfit will be looking to take confidence from their win in the league and get another win in their game against Olympiacos.

The hosts will be eager to win, but they have not yet found their feet and got their legs up to speed for the season. We expect a rusty home side as Antwerp will also be performing below their standards as they will feel the heat away from home.