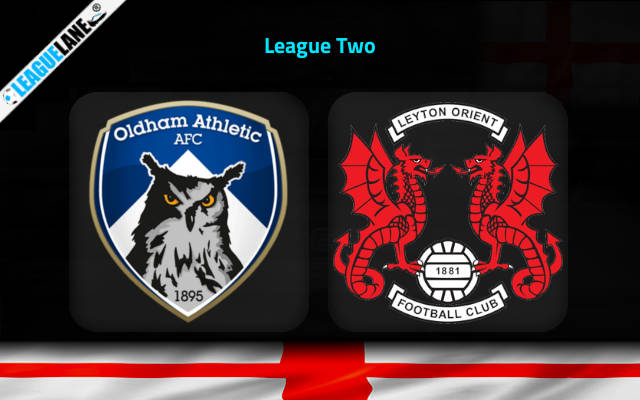 Postponed match of League Two, between Oldham Athletic and Leyton Orient will take place on Tuesday at Oldham.

Oldham had earned an unbeaten streak in their matches but has lost that form now. They are back in their poor form they had kept in this season. The team has not had a win in their matches in March. The host currently stands as the first team in the relegation zone and has got only 23 points to their name.

With the loss in the last match, Oldham’s loss streak has gone up to five consecutive matches. In the match, Oldham could score only one goal while Sutton United scored three goals, recording a 1-3 FT score.

Leyton Orient played their last match against Harrogate Town, in which Leyton netted thrice and defended their sides well so that the opposition couldn’t score.

Oldham has not played well in their matches this season. They have got more losses to their name than both the wins and draws combined. Anyhow, the team has lost continuously in their last five matches. Leyton also has not had the best season. However, the team has not lost in the last six matches.

Oldham has not produced the results they had hoped for in their home matches. They are on a loss streak in the last three home matches. Leyton’s performance in away matches has not been enough for the fans to be satisfied. Even though they are unbeaten in the last four away matches, they have only one win to show from them as well.

Looking at the record, I believe the match will most likely end in a win for Leyton. Even with the poor performance, Oldham has scored at least one goal in most of their matches. So we can expect both teams to score in the match.