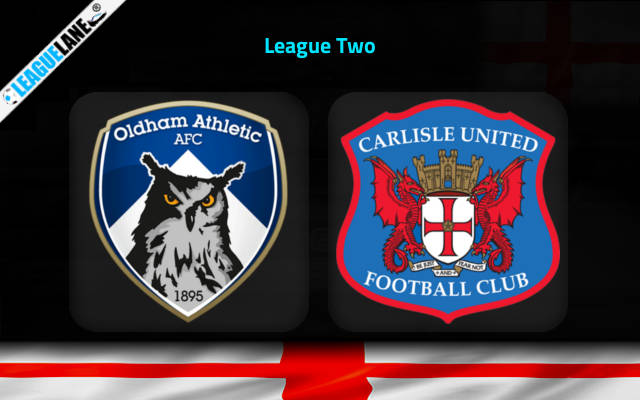 Oldham’s performances are solid enough for any team in the division, let alone a team languishing in the trenches of a relegation scrap. If the team managed to keep up this kind of form, the team could certainly push for a mid table finish.

In their most recent fixture they took on 12th place team, Crawley where despite dropping the lead, they were able to find the equaliser to settle for a 2-2 draw. This marked the club’s 3rd draw in four league matches.

Undefeated in their last seven league games, the club is now 23rd in the 4th tier of English football, a point behind the 22nd team with a game in hand over them.

Carlisle have managed to take a considerable amount of points over the last few weeks, especially for a club in the bottom quadrant of the league and in the process have broken away from the relegation zone.

In their most recent match, they managed to seal all points in their home fixture against Rochdale as the contest concluded with a 2-0 score line.

Following which they are now 19th in the league and four points ahead of their opponents for this weekend.

Carlisle have managed three wins in their last six games on the road. However, those wins came against the 18th, 21st and 24th place teams. With that being said their opponents for the weekend also occupy a similar position; however, they have lost just once in their last five home fixtures and are my favourites to take all three points.

Davis Keillor-Dunn has scored a third of his team’s total league goals this season. The Number 10 is the league’s joint fifth highest goal scorer with eleven goals. The English midfielder who has scored thrice in the least two home games is my pick to score anytime.