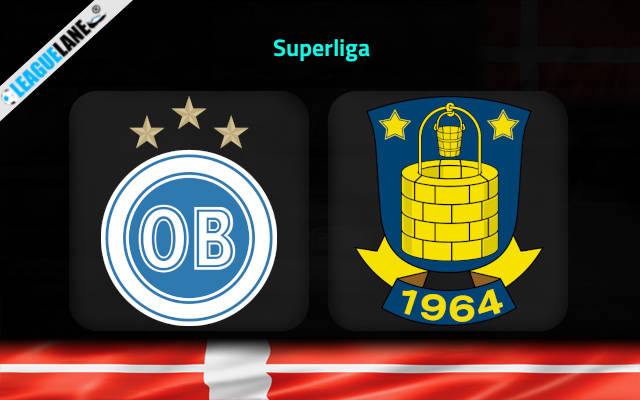 Mid-table side Odense ended up at the ninth spot on the league table last season. The Striped hasn’t changed much and is in 7th place with five points in five attempts. They will play the host to the reigning champions of the Denmark Superliga on Saturday at Nature Energy Park.

The host has been winless in their last four matches with two draws in it. The Striped failed to hold on to the opening match win in the league this term. Their previous encounter was at home with Silkeborg which ended in a 1-1 draw at full-time.

In the meantime, the reigning champions have lost their form in the campaign. And has descended to a winless run in the league so far this season after five rounds. They will visit on the back of a double defeat, following a 0-1 loss at home to the likes of Nordsjaelland.

Despite having to defend the title, the Boys from Vestegnen is looking forward to a dip in form and probably losing the title this term if they don’t make a comeback soon in the Superleague.

At Brondby’s prime in the league, Odense had no chance to topple the former side. However, things have taken a turn in the 2021/22 season with the reigning champions struggling to find a win.

The host enjoys the ground advantage in the game but has been winless in recent fixtures. This shows they also have a shaky defense in the middle.

Hence, expect an open game here on Saturday and the home team to have a slight upper hand in the encounter over the traveling side.