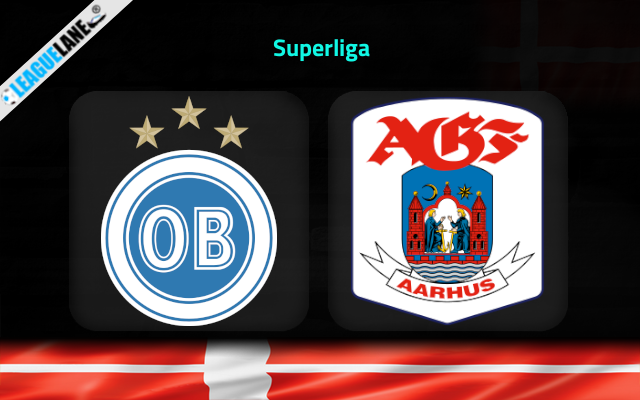 Odense have succeeded in finding a spot away from the danger zone on the table. They have collected 11 points from the past five league fixtures to increase the gap between them and the relegation zone to 10 points. Their current form is impressive and with the aid of home advantage, they will be having enough of spirits to enter the next league outing.

Odense recorded a 1-2 win on road against Aarhus to wove a thread of five subsequent league games without a defeat. Such a recording will boost them to record more of those. However, the spirits might be highest as they face Aarhus whom they defeated on road in their previous fixture.

Meanwhile, Aarhus are having a disappointing form since the beginning of this season. They are currently at the verge of the relegation picture. However, their 8 point difference with the danger zone might be allowing them to have a temporary relief.

Aarhus are currently following a thread of three subsequent defeats in the league, including the home defeat against Odense. They are winless in each of their past 9 league fixtures. Following the above, they will be having lowest of spirits.

Except for an unbeaten thread of Odense, we can’t see any other consistent trend in the recent head to head recordings between these two outfits. Hence, the recent recordings of both these outfits at the respective patches will be the only option to conclude the prediction.

In that case, Odense are clearly the better outfit as they succeeded in recording enough of impressive displays in the league lately. Knowing that they won each of their past two home league fixtures, we have enough reasons to back them instead of backing the winless Aarhus on road.